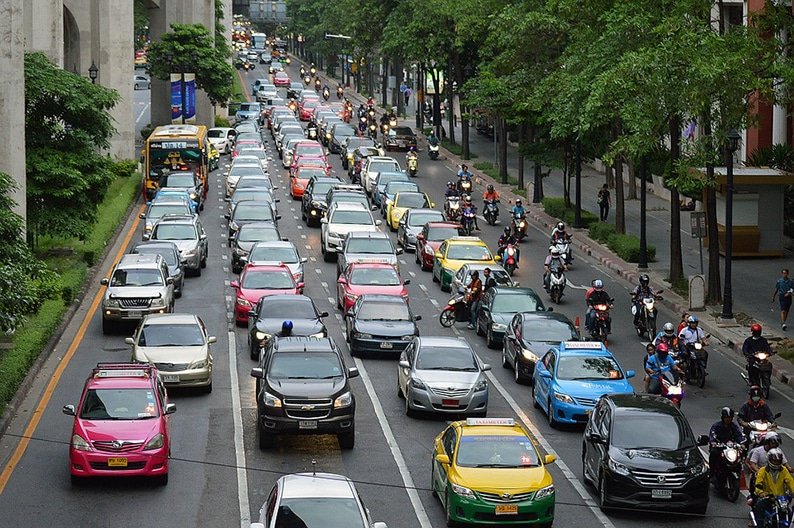 France and the United Kingdom recently announced that they will ban the sales of petrol and diesel-engined cars from 2040. The lower house of the Dutch parliament has passed a law banning such sales from 2025. India says it will institute a similar ban by 2030.

China, the world’s largest producer of cars – 28 million vehicles last year, more than the United States, Japan and Germany combined – is also planning to declare a ban soon, but is still working on the cut-off date. And in November the European Commission is going to debate a minimum annual quota of electric vehicles (EVs) for all European car producers.

So if you were looking for a safe place for a long-term investment, would you choose the oil industry?

Just over half of the 98 million barrels of oil produced in the world each day goes directly to making petrol, used almost exclusively in motor vehicles. Another 15 per cent goes to make “distillate fuel oil”, of which at least half is diesel fuel. So around 58 per cent of total world oil production is being used in vehicles now. There may be almost none in 35 years’ time.

That is certainly the intention of many governments. Britain, for example, is planning to allow only zero-emission vehicles on the road (apart form a few specially-licensed vintage cars) by 2050, only ten years after the ban on selling new cars with internal combustion engines comes into effect.

So the production of petrol- or diesel-engined cars will already have collapsed by the late 2030s. In practice, if these deadlines are observed, the cars on sale will be almost entirely EVs by the mid-2030s. And what’s left of the oil industry will have a very different shape.

All this is good news for the environment, and also for the health of people who live in large cities. (No wonder China is the leading EV producer in the world, with 40 per cent of global production. Pollution is already making most of its cities almost uninhabitable.) But the revolution doesn’t end here: most, and eventually all of these EVs will be self-driving vehicles.

Driverless vehicles will end up being ownerless vehicles. They will become public utilities, summoned when they are required for the specific trip you have in mind at the moment. Urban car clubs and peer-to-peer rentals are one precurser of this phenomenon, Uber and Lyft in their different ways are another.

Privately owned cars are parked an average of 95 per cent of the time. This figure varies little from one city or country to another, and illustrates why private car ownership will become a dispensable luxury. The difficulty in the past was gaining immediate access to a car for as long as you needed it at a reasonable cost, but the combination of the smart phone and the self-driving vehicle will solve that problem.

That, rather than a cheaper taxi service, is the real goal of Uber’s business model, but once reliable self-driving cars are widely available Uber will find itself deluged with competition. Private ownership will decline steeply, and the total number of cars on the road worldwide will eventually crash to perhaps one-quarter of the current number. After all, there are hardly ever more than a quarter of privately owned cars on the road at the same time.

Buses and conventional taxis will virtually disappear, taking millions of driving jobs with them. (There are a million taxi, Uber and bus drivers in the United States alone.) Long-distance truckers and van drivers (another 3.5 million in the US) will also find work increasingly scarce: Daimler, Volvo, Uber and Baidu are already road-testing the first self-driving 18-wheelers.

Oh, and one more thing. About a quarter of the average central city in North America (less in Europe and Asia) is devoted to surface parking lots and multi-storey garages. They are part of the 95 per cent parked problem. The car doesn’t just take you downtown; it has to stay there the whole time you do, so it must find somewhere to park.

Once people realise that most of this land is now available for redevelopment, it will get a lot easier and cheaper to live downtown: less commuting, more community.

Roll on the car revolution!

Beware of buying on eBay

Amid a state of disunion we should try again