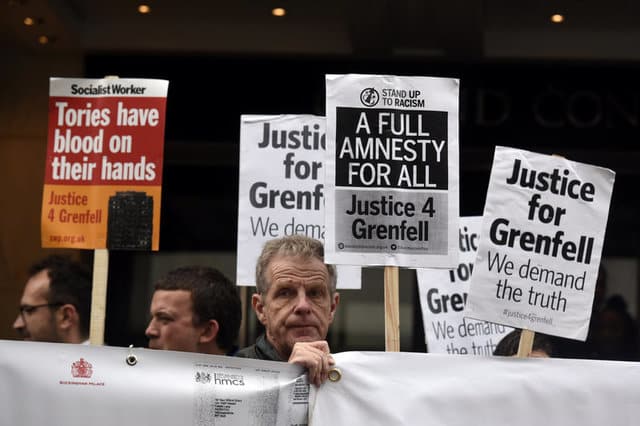 The criminal investigation into the Grenfell Tower fire that killed about 80 people in London in June could result in manslaughter charges, but any prosecutions could be months away due to the complexity of the forensic work, police said.

The 24-storey social housing block, home to a poor, multi-ethnic community, was destroyed on June 14 by a fire that started in a fourth-floor flat in the middle of the night and rapidly engulfed the whole building.

Police have formally identified 60 of the victims, but painstaking forensic work to find human remains, some of them tiny fragments, among tonnes of debris inside the charred ruin is ongoing.

Commander Stuart Cundy, who has overall control of police operations at Grenfell Tower, told reporters on Tuesday it was likely the final death toll would be a little below 80.

Detective Chief Inspector Matt Bonner, in charge of the criminal side of the police investigation, said a forensic examination of the tower would continue into 2018 and would be followed by lengthy laboratory analysis.

“I will seek to identify and deal with whatever offences come to light during that investigation,” he said.

“The kind of stuff that I would envisage we may come across would involve offences perhaps of fraud, misconduct offences, health and safety breaches, breaches of fire safety regulations and of course offences of manslaughter whether that be on a corporate or an individual level,” he added.

However, Bonner said this should not be taken as an indication that police had already found evidence to support any such charges.

The building, which was completed in 1974, was owned by the borough of Kensington and Chelsea, one of London’s richest, and managed by an organisation that ran social housing on the borough’s behalf.

Bonner said police had so far identified 336 companies or organisations that were involved in the construction, refurbishment and management of the tower and officers had recovered as many as 31 million documents from all of those.

Police were now also investigating allegations of thefts from some of the less damaged flats in the lower levels of the building. There had been one confirmed theft of a considerable amount of money from one of the flats and three further allegations of theft, they said.

The thefts had come to light when former residents had been let into their apartments to pick up treasured possessions and say goodbye to their homes. Cundy said police had been shocked.

“All of us here, working down on Grenfell Tower or working on it anywhere, are just so disappointed that something like that can happen on the back of such a huge tragedy,” he said.

Women work just as hard, sacrifice as much as men: Murray

Halloumi PDO being ‘sabotaged from the inside’, minister says