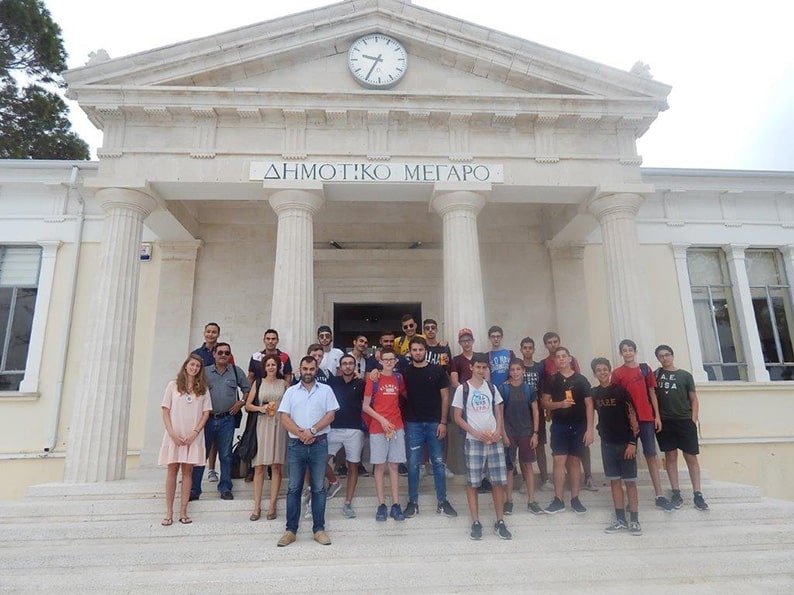 A group of students from Herzliya in Israel is being hosted by a number of Paphos families, a move which will further promote the strong ties between the two towns, according to a municipality spokesman.

In March, the second part of the twinning of Paphos with Herzliya took place in Israel, in the presence of Interior Minister Constantinos Petrides, the Israeli Tourism Minister, officials and numerous citizens.

A spokesman for the municipality said that the students visit will further build on the strong foundations that are being laid for the further development of Paphos’ relationship with Herzliya.

“This move sees the deepening of friendship and cooperative relations between the two neighbouring countries in an exchange of pupils between twinned cities Paphos and Herzliya,” he said.

He added that in July a group of Cypriot students enjoyed a similar hospitable experience when they were in Herzliya.

On Monday morning, students from Paphos and Herzliya along with their professors visited Paphos town hall. This was followed by excursions to archaeological sites and places of interest to familiarise the visitors with the place and its people, said the spokesman.

“As part of their hospitality, Israeli students will also have the opportunity to visit the First Lyceum of Paphos where they will participate in the lessons, and be informed about the educational system of our country,” he added.

The Mayor of Paphos, Phedonas Phedonos, previously stated that the relationship between Paphos and Herzliya aspires to be a unique model, and a pillar of friendship and cooperation between the two cities with different ethnic and cultural backgrounds.

Herzliya is well established in the field of technologies and Paphos municipality is hoping that collaboration between the two will focus on this speciality, as well as tourism.

Herzliya is considered part of the ‘Silicon Valley’ of Israel, home to many high-tech companies, and residents of Herzliya are among the wealthiest in Israel.

The spokesman said that Paphos municipality’s policy is to look for advances in this field and establish Paphos as the Cyprus centre for new and emerging technologies.

Our View: We can’t keep fooling ourselves that talks will continue