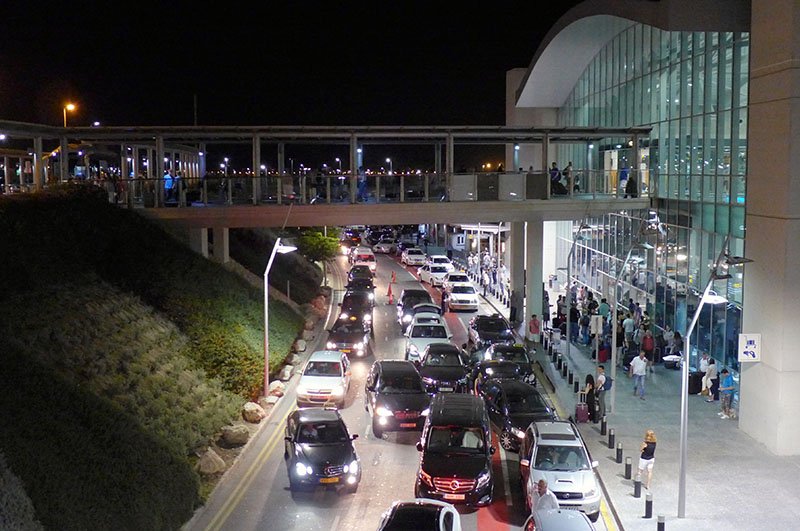 Regulations denying entry to tourists from outside the EU who have bookings to stay at Greek Cypriot owned properties in the north have been suspended after 50 people were turned away after landing at Larnaca airport on Monday night, the Cyprus Mail has learned.

The issue emerged after Paris Christofides posted on Facebook that a Lebanese friend of his, an internationally acclaimed DJ, and his wife arrived at Larnaca airport on Monday night and were to stay with him in Nicosia but were denied entry to the island and sent back after informing the passport control officer they were planning to also visit the north. The couple were among around 50 people of various nationalities denied entry that night.

“Iasonas, the immigration officer at Larnaca airport, asked him [the DJ] if they will visit the Turkish Cypriot part where the visiting DJ replied full of enthusiasm ‘probably!’ We will go everywhere! They were denied entry and sent back with the same airplane!” Christofides said on Facebook.

Police confirmed that the couple, along with around other 50 people were denied entry on Monday night at Larnaca airport, but said they were acting according to regulations given by the interior ministry.

“We always act based on guiding lines received from the interior ministry, through the deputy head of the migration department, that define the country’s immigration policy,” deputy police spokesman Stelios Stylianou said.

He added that it is up to the discretion of the police officer in charge to grant entry to a third-country national based on the information they are presented with.

But the Cyprus Mail has learned that following Monday’s incident at Larnaca airport, Interior Minister Constantinos Petrides gave instructions to freeze regulations concerning the entry of third-country nationals who are believed to be staying in Greek Cypriot property in the north for 15 days.

Non-EU nationals arriving in Cyprus are asked to state their place of residence in the government-controlled areas during their visit. If they state they intend on staying in property belonging to Greek Cypriots in the north, they are denied entry. Officers at the airport have lists with this property, prepared by the foreign ministry, with the name of each hotel, and the area they are located in, in the north.

The freeze is to reportedly give authorities time to decide how to handle such cases. The interior ministry was not immediately available for comment.

Christofides said he had spoken to the officer in charge at the airport to inform him that the couple were his guests but was told that it was too late as the decision to send his friends back, along with 50 other people, had already been taken.

“This is hypocritical. How many Russians and Israelis arrive in groups and are told to lie, that they are staying at this or that hotel (in the south) and are picked up by buses from the airport and taken to the north?” Christofides told the Cyprus Mail.

According to daily Kathimerini, the freeze was decided because 35 out of the 50 passengers who arrived were a group from Israel, who contacted their embassy immediately after being denied entry.
The embassy got in touch with the Cypriot foreign ministry, and it was decided that jeopardising the country’s relations with Israel was too big a risk to take – hence the suspension of the deny-entry directive.

The incident on Monday night was not a first. Earlier this year the government found itself in hot water after a group of 13 Serbian children and their four adult chaperones were denied entry to the Republic at Larnaca airport after police realised they were heading to the north to participate in a festival.

The Cypriot foreign ministry had denied the reports, saying the children had not been denied entry or deported but merely advised that crossing over to the north would violate United Nations resolutions, and that no consular assistance would be available to them while there.

But the Serbian foreign ministry issued an announcement stating the children, all members of a dance troupe, had been “detained” and then “barred from leaving the airport”, before eventually being allowed to enter the Republic of Cyprus following diplomatic consultations.

The Cypriot ministry said that after being informed of the risks, the group decided to return home. With the exception of three individuals, the group was eventually flown back to Belgrade on chartered flights the next day.

The Cypriot ministry had cited the case of the three who stayed behind as proof that they could all have stayed if they wished to, but the Serbian foreign ministry statement claimed they had stayed behind for lack of seats on the chartered flights back home.