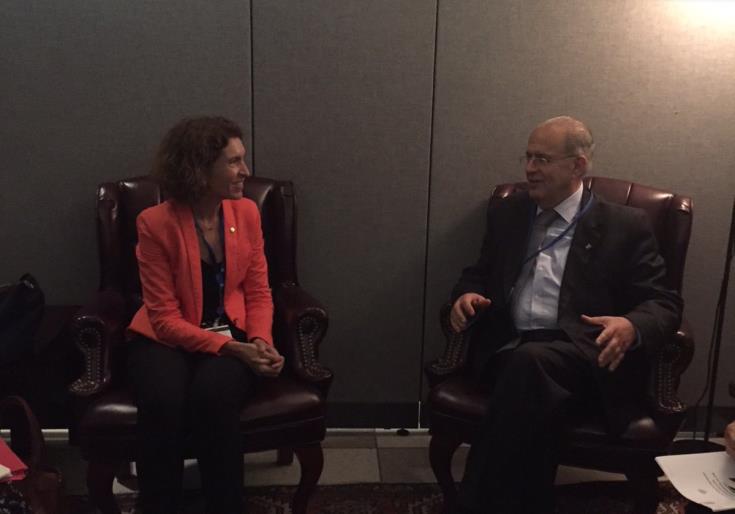 Foreign Minister Ioannis Kasoulides held a series of meetings on Tuesday, on the sidelines of the 72nd General Assembly of the United Nations in New York City.

A statement issued by PIO says that the Minister represented the Republic of Cyprus at a High-Level Event on the Global Pact for the Environment hosted by French President Emmanuel Macron. The event was attended, among others, by UN Secretary-General Antonio Guterres, President of the European Council Donald Tusk, as well as Heads of States and Governments.

Kasoulides had bilateral meetings with the Minister of Foreign Affairs and Emigrants of Lebanon, Gebran Bassil, during which bilateral relations as well as the trilateral cooperation between Cyprus-Greece-Lebanon were discussed.

He also had a meeting with Indonesian Foreign Minister Retno Marsudi. Bilateral relations and international issues were on the agenda.

Cyprus FM also met with Andorra`s Foreign Minister, Maria Ubach Font. They both welcomed the very good bilateral relations and their readiness to further deepen them. The Minister also briefed his interlocutors on the latest developments on the Cyprus issue.
CNA