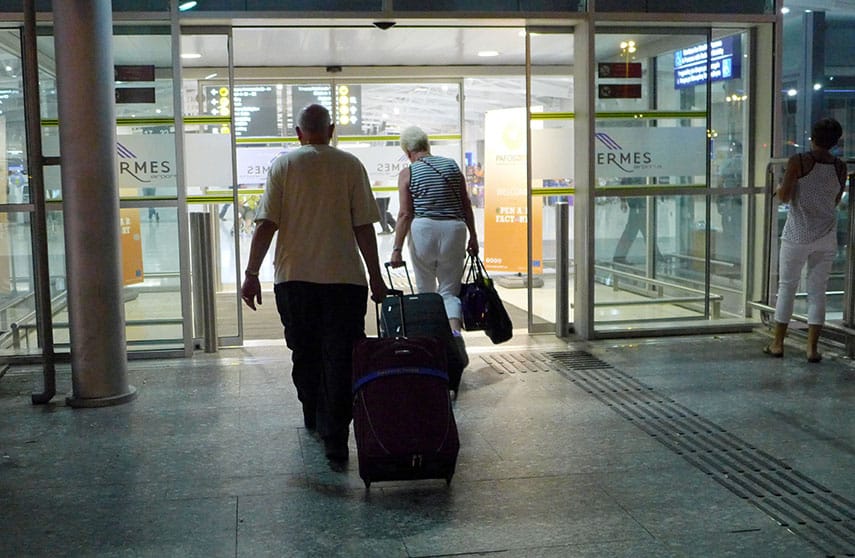 The directive to turn away non-EU nationals arriving at Cyprus airports if they intended to stay at hotels built on Turkish-held Greek Cypriot-owned hotels in the north was issued in June by the foreign ministry, which failed to inform embassies, tour operators, or even the rest of the government, the Cyprus Mail learned on Wednesday.

A diplomatic incident between Israel and Cyprus was narrowly avoided on Monday night, when some 35 Israeli visitors were initially denied entry at Larnaca airport by immigration officers after they said they were going to stay at hotels operated on Greek Cypriot-land in the north. They were allowed to enter after their embassy contacted the foreign ministry.

The measure was suspended for two weeks in order to “arrange a smooth transition”, a source told the Cyprus Mail on condition of anonymity.

But the suspension came too late for some 15 Lebanese tourists who earlier on Monday had been sent back home after stating they too planned to stay at a similarly owned hotel in the north.

“There was an old directive by the foreign ministry to this effect but it was not enforced and was pretty much dormant,” the source said.

“Last June, the foreign ministry for some reason sent out a memo saying the old directive was to be enforced. But they didn’t tell anyone – not the embassies, not tour operators, not anyone – resulting in this chaos.”

Following Monday’s incidents, the interior ministry issued a two-week suspension of the measure to facilitate a smooth transition.

But the claim that the directive was reinstated in June would not explain a suspiciously similar incident last April, in which a group of Serbian pupils who arrived at Larnaca airport in order to participate in a cultural event in the north were turned away.

It is also unclear what prompted the decision to reinstate the directive, nor why it was never communicated.

Further, it is understood that the immigration policemen at the airport have no way of verifying arriving tourists’ stated destination; thus, any incoming tourist from a non-EU country stating their intent to stay in the government-controlled areas would be waved through, irrespective of their subsequent actual movements.

Meanwhile, news of the policy by the government sparked angry reactions in the north.

Under the title ‘Inhumane’, Turkish Cypriot daily Diyalog newspaper quoted ‘Tourism Minister’ Fikri Ataoglu as claiming the influx of Israeli tourists through the Republic’s official airports but then heading north was the result of a promotion campaign in Israel by the breakaway regime in Cyprus.

“I assumed the Greek Cypriots would not take it easy. After the hotels in the [government-controlled areas] started to empty, those who are involved in the tourism sector started to react against this situation.”

Representative of the Turkish Cypriot hotel association Ercan Turhan said efforts to bring more tourists to the north will continue.

He called on Turkey, in collaboration with the authorities in the north, to “act so there is pressure by Israel on the Greek Cypriots to withdraw this decision”.

Iran says it does not expect US to leave nuclear deal