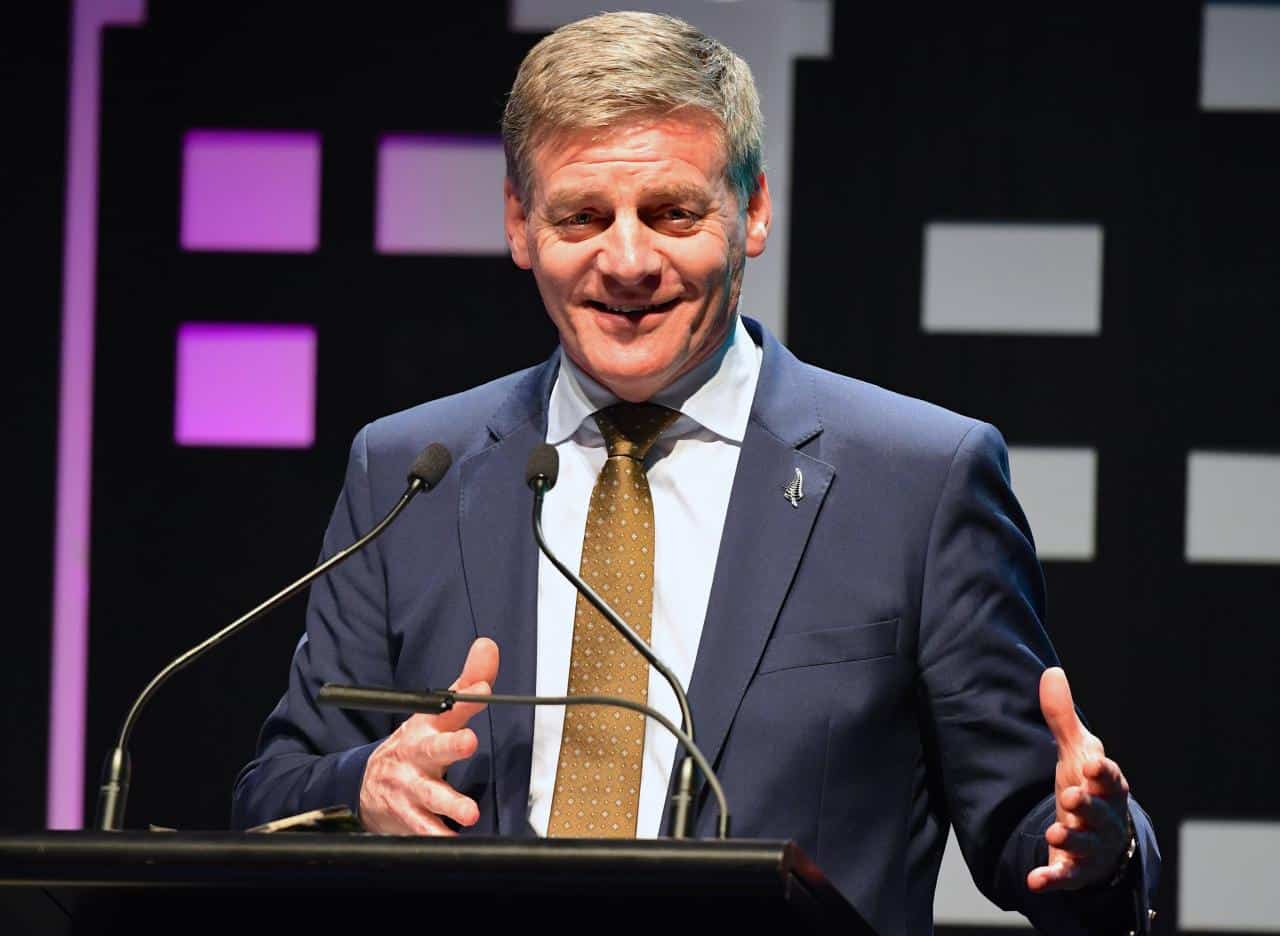 New Zealand Prime Minister Bill English reacts as he speaks during an event held ahead of the national election at the Te Papa Museum located in Wellington, New Zealand

New Zealand‘s ruling National Party regained a wide lead over the opposition Labour Party in an opinion poll on Wednesday after party leaders went head-to-head in the final debate before Saturday’s election.

It was the second poll in recent weeks to show Prime Minister Bill English’s party, which has held power for a decade, holding a near double-digit lead.

The poll boosted the New Zealand dollar to $0.7375 – its highest in over six weeks.

The One News-Colmar Brunton poll showed the National Party jumped 6 points to 46 per cent, while Labour slumped by seven points to 37 percent.

But opinion polls have been very volatile and have largely indicated the race is still too close to call.

The New Zealand First party, which could emerge as a possible kingmaker for the next government, saw support fall right to the threshold needed for a seat in parliament.

Despite the fall in support for New Zealand First, led by Winston Peters, the debate still centred around its potential deciding role to English’s frustration.

“I am suggesting to the voters that they cut the middle men, I don’t like this view that Mr Peters has that he decides who the government of New Zealand is,” English said.

Both English and rival Labour leader Jacinda Ardern said their parties were “neck and neck” in the contest regardless of the latest opinion poll.

“I remain an absolutely optimistic person when it comes to this campaign,” Ardern said during the debate.

Having become leader in August the 37-year-old Ardern has invigorated Labour, and at times opinion polls have showed the party comfortably ahead.

During the debate, Ardern at times appear to notch up points. She criticised the government for not having taken any measures to avoid the kind of infrastructure failure that caused widespread disruption to air travel this week, when a burst pipeline led to a fuel shortage.

Minor parties often have an outsize role in New Zealand‘s proportional representation system, in which a party, or combination of parties, needs 61 of Parliament’s 120 members – usually about 48 per cent of the vote – to form a government.

Support for New Zealand First dropped 1 point to 5 per cent. The Green Party, with which Labour has a working agreement, rose 1 point to 8 per cent. Together with the Greens, voter support for Labour was near that for National in the poll.

“More than any election since 1996, it’s going to be the minor parties that ultimately decide which of Labour or National end up governing,” Bryce Edwards, analyst at Wellington-based Critical Politics.

Ardern reiterated her first call would be to the Green Party but that this did not necessarily mean a coalition with them.

“We’ve said we’ll have a phone call, that doesn’t mean it’s a stitched up, done deal,” she said.

Australia: first refugees to be resettled in US under swap deal

Melbourne joins Sydney in lockdown as Covid-19 spreads in Australia