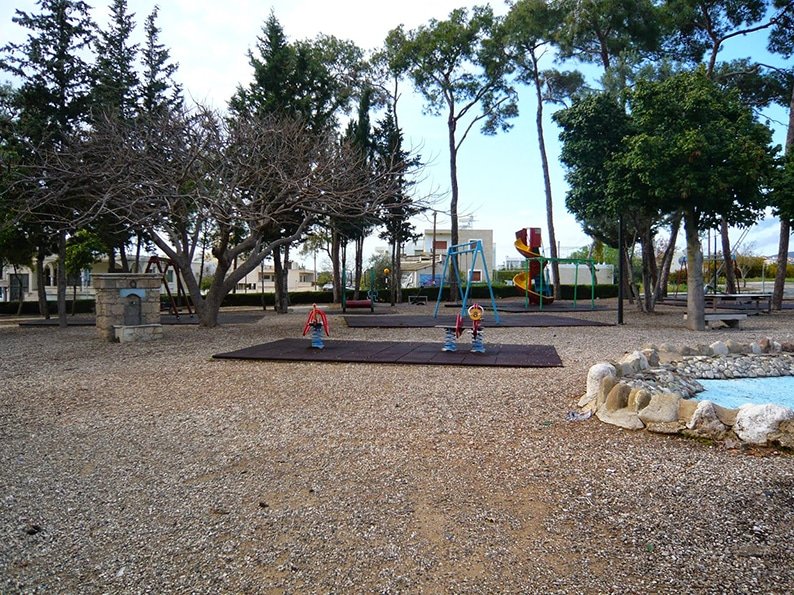 Dasoudi Park in central Paphos is a shady, safely enclosed space with a popular cafe, a playground area and a small amphitheatre.

It should be a gem, but parents say the park is a disgrace and in urgent need of a massive tidy up and new playground equipment.

It has got so bad that a few weeks ago a group of parents got together to clean up the park themselves.

“I like to take my children to this park as it is centrally located and the only proper one in Paphos, but it is so filthy and I’m afraid of what my children may find when they’re playing,” Anna Howard, a parent, told the Sunday Mail. “The municipality must clean it up.”

And like many parks the world over, there is a seedy element especially at night, which sits uncomfortably with Dasoudi’s main function as a safe place for children and families.

Another parent and local resident, who wished to remain unnamed, told the Sunday Mail that she has seen around 15 men gathering in the amphitheatre late at night, drinking alcohol.

“My children have also told me that there are many people drinking and ‘doing other things’, this must be stopped, it’s also very dirty and needs to be cleaned up.”

She added that lighting should be added, as after the sun goes down, the park is very dark.

Howard added that regular police patrols would also help to curb any illegal activities in the area.

Soulla Evripidou has managed the park’s cafe since 2012 and is therefore well placed to describe the extent of the problem.

A popular venue for children’s birthday parties, her cafe is open from 10.30am-9pm and serves burgers, snacks and salads. It takes up about 10 per cent of the park area, and is rigorously kept clean by Evripidou. However, the same can’t be said for the rest of the park.

“At night-time, as unfortunately happens in parks everywhere, people, some of them youngsters, will come and break things, vandalise things, drink and leave rubbish,” she said. “They don’t sit here and have a nice time. There is a lot of rubbish, and people in the neighbourhood also leave their rubbish here too, despite there being plenty of rubbish bins.”

The cafe manager said that Paphos municipality should take better care of the area, particularly as there aren’t many parks in Paphos.

The park was so filthy and full of rubbish that a group of parents recently cleaned up the area themselves.

“A group of parents of many nationalities got together and came to clean up of their own accord. They took around four hours. It’s much better since then, but how long will it stay like that?”

Recently two Polish men in their fifties, although not bothering anyone, have started to stay at the park and drink all of the time, she said.

Much of the worrying activity goes on after she has shut up at around 9pm. The next day she often finds empty beer cans and bottles outside the cafe. Parents have also even found used needles around the park and brought them to show her.

“In the past couple of weeks the municipality has been a little better and have sent a man to tidy up, but what can he do in this huge space on his own? They need to send a team of three or four people a couple of times a week to keep it clean.”

A spokesman for the municipality said that there were plans underway to upgrade the park, which would also prevent any ‘undesirables’ from frequenting the area. But no-one at the municipality or their technical department could give the Sunday Mail a timeframe for the actions to commence, or what they would involve.