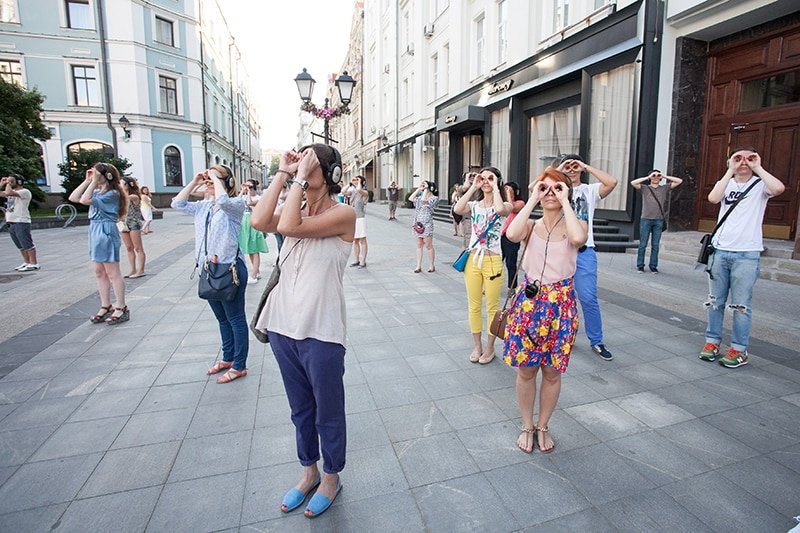 Usually the thought of hearing voices in our heads can be a scary thing, but not when it comes to an event the European City of Culture Pafos2017 has planned.

The unique event, co-organised with the embassy of Switzerland in Cyprus, is Remote Paphos – a tailor-made creation in which all those involved are given headphones through which they are given instructions and become part of a theatrical happening.

Remote Paphos was specially designed for Paphos by Rimini Protokoll, as Stefan Kaegi, Helgard Haug and Daniel Wetzel are collectively known. The group is considered to be one of the most important, pioneering and influ-ential theatre groups in Europe. The three founders have been working together since 2002 and over their time together have constantly been de-veloping new theatrical forms.

Under the general name Remote X, the unique event has taken place in a number of cities, including New York. Each event is specifically designed for the city in which it is carried out. The aim of the Paphos event is to lead participants through the city so they can get to know it in ways that they may not have had the chance to before.

In Remote Paphos, 50 people at a time will set off into the city centre wearing headphones. They will be guided by a synthetic voice – which is familiar to us as being the voice that tells us where to go from our GPS navigation system – leading them in English and Greek to perform what the organisers call “an experiment on themselves.”

“Remote X questions artificial intelligence, big data and our predictability. As the project tours from city to city, each new site-specific version builds up-on the dramaturgy of the previous city,” the organisers said.

These 50 people will watch each other and make individual decisions while remaining together as a group. Along the way, binaural recordings and film scores will also provide a soundtrack to accompany the walkers through streets, parking spaces, churches and courtyards, thus changing the way they view and experience the city and making the experience feel more and more like a collective film.

Remote Paphos will run over two periods and start from Fabrica’s Cave but the finishing point is unknown. The first will begin on September 27 until October 4 at 5pm, and the second will be from November 3-8 at 3.30pm. At the end of the event, a bus will transfer all participants to the starting point.

The experience will last for just over one and a half hours, so wear com-fortable shoes. You are also advised to wear long trousers.

Take a chance and let Paphos show you how reality, and the city, can be perceived.

Remote Paphos
An interactive theatrical project, where the audience gets directions via headphones. September 27 until October 4 at 5pm and November 3-8 at 3.30pm. Fabrica Hill Cave, Paphos. €10. In Greek and English. Tel: 26-955166

Dasoudi Park in Paphos in urgent need of clean up