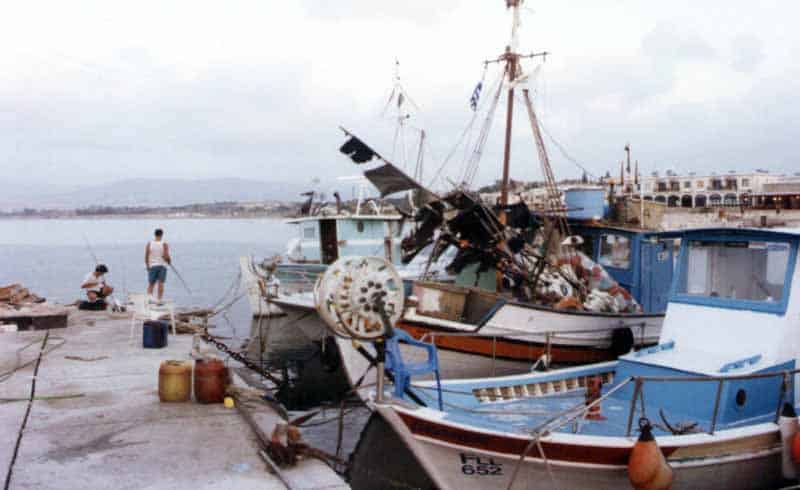 The Mayor of Polis Chrysochous has hit back at critics of a newly built four storey hotel in Latchi, saying that such buildings are welcome in the area and will create new jobs and encourage tourism.

A recent statement from the Green Party, aghast that the hotel that has ‘sprung up almost overnight’, heaped criticism on the municipality and the authorities for not taking legal action. They also criticised as ridiculous the municipality’s argument that as court action is lengthy and often without the desired outcome, no action was taken.

Mayor of Polis Giotis Papachristofi said that such environmental organisations should back off and try to better understand the needs of the local people, who need to be able to live alongside nature, and to stop criticising every move they make.

“The environmental organisations are making big problems for us and anything that we want to do, they say no and disagree with everything. What they say about us is not true, we are friends to the turtles, the Akamas and the area, we race to put out fires for example, where are they then?” he said.

Recently a five star hotel in the area was forced to move a lavish beach wedding party indoors when authorities revoked the permit, after environmentalists flooded social media protesting that preparations were endangering turtles on the beach.

Latchi remains mostly unspoiled and the surrounding villages are areas of outstanding natural beauty; much of it falls within the Natura2000 protected area. Turtle breeding grounds are also protected and environmentalists note that the entire area is sensitive.

Papachristofi argued that the owners of the new build, a Cypriot and a Russian businessman, have permission to construct the hotel at the site, which, including the ground level, actually stands five stories high and that the venture has his full support.

“The hotel has authorisation from the relevant government departments and they are allowed to put this building here, I think this will help the area hugely, as we have almost no hotels in the area where it has been built.”

He said that, until now, the only other facility available close by has been the three-star Natura hotel, and controversially said that even more hotels are needed in the area. He said the municipality had also carried out their own checks, which found that the owners had complied with the regulations.

“The land owner owned enough of a percentage of the land here to take a license. We checked to see if he did have enough and there is no problem.”

The mayor said that the new hotel will be able to accommodate a maximum of 150 people at a time and that a further two or three hotels are needed.

“There are generally very few (hotels) close to the sea and there is not a lot of land available to do this. Such hotels will give much needed jobs to the people in the area and help tourism as well,” he said.

The outspoken mayor said that the local people have to be friends of the environment and protect it, adding that they all love nature. He noted that environmentalists must give them the opportunity to live together alongside nature. “It’s called progress,” he said.

However, a high ranking government official who did not wish to be named said that the hotel was constructed illegally, as the owners had initially been granted permission to build only two storeys.

He said despite the violations, he expects permission to be granted for the building retrospectively, as is ‘usually the case with such instances in Cyprus.’

“This is common practice in Cyprus and people are only taken to court for any illegalities to show the public that ‘something is being done’ but actually, no real measures are ever taken,” he said.

He stressed that he knows of no instances where illegal buildings have been torn down.

“After a few years the town planning will offer an amnesty and then grant the building a permit, this process is an excuse to legitimize buildings here. It pays to be illegal in Cyprus,” he said.

He suggested that every time a building permit is issued the government should request notification and an inspection officer should be appointed, it doesn’t have to be a government official, he added.

He said that such individuals could be trained and authorised to carry out inspections and their fees should be included in the building permit application process, adding that it is no good to rely on the architect, as is often the case now. They could be employed ‘as and when’ they are needed, he said.

“All hotels should have their permits examined and to see if the building complies with the design and other regulations and stipulations. It’s easy to cheat once the building has been completed and these things are almost impossible to check afterwards.”

He noted that such a move would ensure that all buildings were carried out according to permits and approved plans every step of the way.

He said that such officers would have to sign a very ‘stiff’ contract with the government, to ensure that the laws are rigorously followed every step of the way. If they failed to do their job, he said they could be banned from their position, taken to court, fined and even jailed.

“This would eradicate any blind eye being turned. The only people doing inspections now are the environmental inspectors and that is only if structures are not within the building zone.”

He concluded that in Polis, it seems that the local authorities are supporting the building of the new hotel, despite its construction breaking the law.

“Just because this is usual practice, it doesn’t make it right,” he said.

We are in dire need of under-secretariats to cut bureaucracy

AEL and Apollon face off in Limassol derby