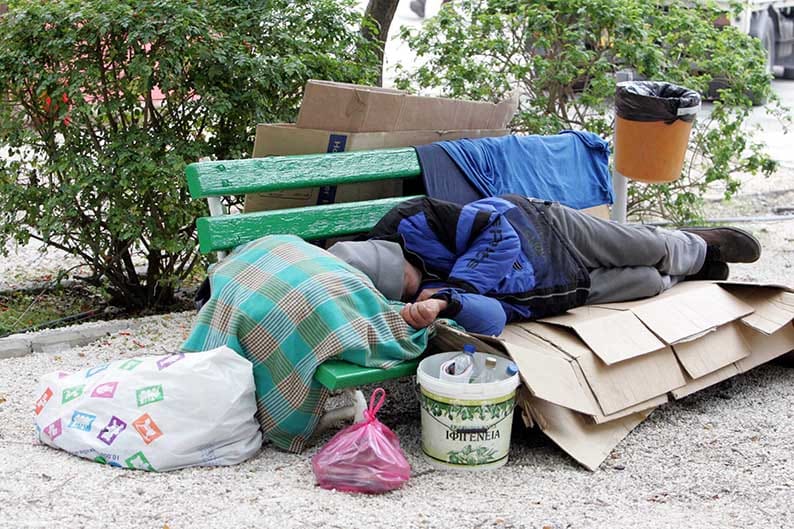 In Cyprus absolute poverty does not exist

A FEW DAYS ago, the Diko press office claimed among other things that 29 per cent of our countrymen or 180,000 were living below the poverty line. Someone not aware of the definition of ‘poverty’ would understandably conclude that one in three Cypriots was in dire difficulties or even starving.

What is happening in our country is unique: a plutocratic party is exhibiting social sensitivity about the alleged poverty plaguing our country in order win votes. If the great Emmanuel Roidis was around today he would say that, just as all Eskimos are fishermen, all Arabs horsemen and all ancient Parthians archers, all today’s Cypriot politicians are vote-seekers, populists and orators by necessity!

Going back to the Diko announcement, we have to ask what ‘poverty’ exactly means. The difficulty in defining ‘poverty’ is a common phenomenon in politics, but also in the academic world. Economists, meanwhile, identify two forms of poverty – absolute and relative. The definition of the first type, according to the UN, is the “serious and continuous deprivation of basic needs”.

To measure absolute poverty a minimum level of income is set, for example in dollars, that is needed to ensure the lowest level of existence. The most popular statistical method for measuring absolute poverty (used by the World Bank) is the percentage of the population that lives on less than a dollar per day at 1985 prices. In Cyprus absolute poverty does not exist – the minimum guaranteed income is significantly higher than $30 per month in 1985 prices or $190 in 2017 prices.

What I would like to stress is that the overwhelming majority of economists and sociologists do not consider the way in which relative poverty is calculated, as satisfactory. It is possible for the average income to take off and reach stratospheric level and relative poverty to stay unaffected. If, for example, real incomes of all Cypriots increase 10-fold, the same relative poverty would exist as the proportion of income in relation to the median income remain unaffected. In such a case, despite having the highest average income on the planet, (ten times the current level) opposition parties would still be ranting and raving because 29 per cent of Cypriots were below the poverty line, even if the lowest monthly wage was €8,000 (ten times today’s minimum wage).

If we go back 100 years, meanwhile, we would find that there was no relative poverty. There are no statistics about the Cyprus economy in 1917 but we all know that, with the exception of probably one per cent of the population that were land-owners and loan sharks, the rest were poor compared to us, but amongst them there was hardly any difference. There may have been some absolute poverty but this was not a big problem because there was the support of what sociologists refer to as the extended family.

Extended families were tightly knit units that included, apart from parents and offspring, cousins, aunts, uncles, grandparents etc, who all provided a safety net which tackled absolute poverty. There was no relative poverty back then. It was an equal society. But who would want to return to 1917, and live without electricity, cars, television, the internet and hundreds of other things we take for granted today?

Statistics about relative poverty do not reveal important data regarding the standard of living, such as the quality of housing, social welfare, the existence or not of opportunities for the young, infant mortality, the assets of every ‘poor’ person, some of whom could have large wealth (land, gold etc) but zero income. In short, the indicator of relative poverty, as defined by the EU could be very misleading.

What should interest us more is the distribution of national income. In recent years, the economic recession has meant an increase in income inequality, which is to be expected in such situations given that wages fall drastically or become zero. However, the government must set as a target the more equitable distribution of national income if the objective is speedy and sustainable development.

Restrictions of space do not allow me to expand on the issue, but I think it is useful to mention a recent report by the IMF which made the following observations: first, inequality negatively affects the growth of GDP and, second, the reduction of inequality is linked to greater macro-economic stability and more sustainable economic growth.

We are all Cosmopolitans

May: we want to see the EU and UK thrive side by side