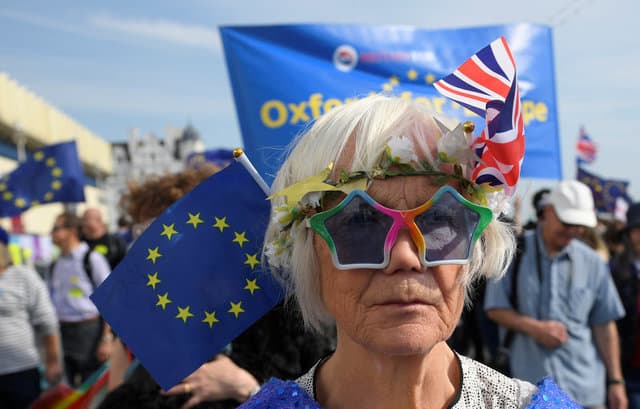 The opposition Labour Party said on Monday that Britain could stay in a customs union with the European Union for the long term after leaving the bloc should it take power.

Putting pressure on Prime Minister Theresa May’s divided government over the divorce talks, Labour’s Brexit spokesman Keir Starmer said the party was ready to be “the grown-ups in the room” and take charge of negotiations to leave the EU.

Starmer also cautioned against sweeping anything off the table when considering Britain’s future ties with the EU.

After months of sticking to a position little different from the Conservative Party’s pursuit of a clean break with the EU, Labour changed tack last month by suggesting that, if in power, it would press for remaining in the EU’s single market for a transition period to smooth Britain’s departure in March 2019.

“If we were in government…we would negotiate a final deal…that retained the benefits of the customs union and the single market,” Starmer told hundreds of Labour members in the southern English seaside town of Brighton.

“Subject, of course to negotiations, remaining in a form of customs union with the EU is a possible end destination for Labour.”

But while challenging May’s vision for Brexit, the move also could deepen divisions in Labour, putting those who want the close economic ties of a customs union at odds to others who say the referendum vote means complete withdrawal.

After Britain voted to leave the European Union last year, divisions over what Brexit will look like have split both parties and the country, revealing deep differences between the south and more industrial north of England, between young and old and between urban voters and those in rural areas.

While Scotland and Northern Ireland voted to remain, England and Wales voted to leave.

Labour and the Conservatives have both struggled to keep their parties together on Brexit strategy, but by aiming for what some call a “softer” departure, the leftist party hopes to offer a catch-all option to voters across the divide.

While Labour offers flexibility, May’s government says staying in the customs union, which imposes tariffs on trade with external countries while allowing tariff-free movement of goods, would betray the Brexit vote and stop Britain from agreeing trade deals with other countries.

“We are also flexible as to whether the benefits of the single market are best retained by negotiating a new single market relationship or by working up from a bespoke trade deal,” Starmer said.

“No rash, ideological red lines preventing a sensible deal. No fantastical, ‘blue sky’ proposals. A pragmatic approach. Labour are now the grown-ups in the room. We stand ready to take charge of the negotiations.”

Labour is riding high since winning more seats than expected in a June election, when May’s attempt to win a stronger hand in the Brexit negotiations failed and lost her Conservatives their majority.

The party has capitalised on divisions in May’s cabinet, saying Britain has run out of time, largely because of that election, to negotiate a bespoke deal for transition.

“The way the Tories (Conservatives) are handling Brexit tells you a lot about their competence – or should I say incompetence,” Starmer said.

Labour’s move has attracted “remain” voters from last year’s referendum, but the party is keen not to lose its supporters, mostly in northern England, who backed Brexit and have been reticent on how they see the future relationship with the bloc.

But at its conference, packed with younger voters who have flocked to leader Jeremy Corbyn as someone who can bring change, Labour members voted to debate issues other than Brexit, meaning a public discussion of EU policy was not on the official agenda.

Some more centrist members, part of a “Labour First” grouping, called it an “unprincipled and anti-democratic stitch-up” aimed at stopping differences of opinion from being exposed.

“It’s just bizarre – conference won’t be able to vote on the biggest political issue facing the UK because it might harm the narrow factional interests of Momentum,” Labour First said in a statement, referring to the movement that backed Corbyn for leader.