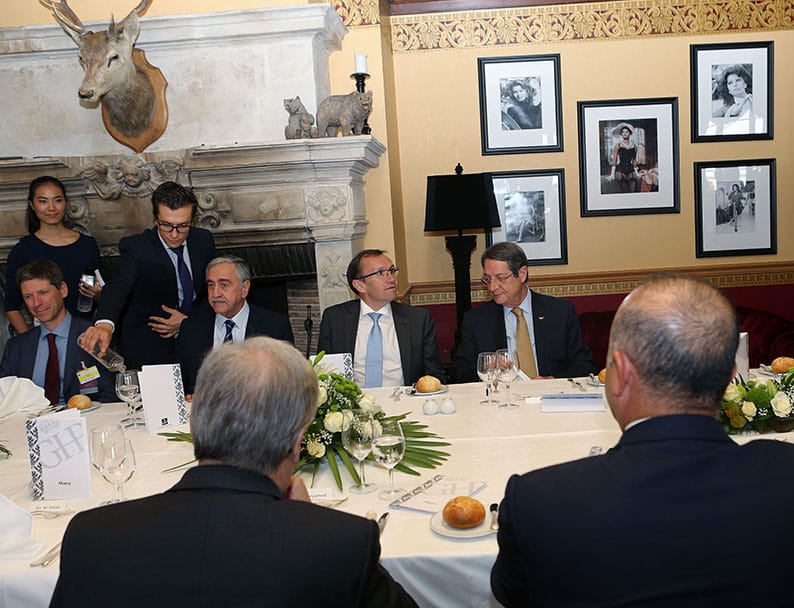 Their remarks followed those made by negotiating team member Toumazos Tsielepis who claimed a real chance for a solution was missed in Crans Montana last July.

Anastasiades came under fire in the aftermath of the failed Conference on Cyprus, when foreign diplomats blamed him for squandering a “great deal” outlined by UN secretary-general Antonio Guterres, which included the abolition of guarantees and intervention rights and a sharp decrease in the number of troop levels on the island.

According to this version of events, the other key question, whether the remaining troops were to depart at a given point in time or the decision to be left for the future, would be made at Prime-Ministerial level after broad-strokes agreement was reached at the conference.

Anastasiades has summarily dismissed such claims, insisting on his narrative that the so-called opportunity stumbled on Turkey’s intransigent insistence for guarantees, intervention rights and 1,800 troops to remain stationed at a permanent military base on the island.

But last week’s revelations that a document submitted by Guterres at a working dinner on the last day of the Switzerland summit, which could serve as a vehicle to the abolition of the 1960 Treaty of Guarantee, was “not extensively discussed” because of the tension in the discussion already underway revived the suspicion that Anastasiades may have missed an historic chance.

Guterres’ document described a mechanism for the implementation of an agreed solution, which gave the United Nations peace mission in Cyprus monitoring responsibilities, reporting to the UN secretary-general, and reduced the guarantor powers – Turkey, Greece, and the United Kingdom – to an advisory capacity, with no executive power.

On Tuesday, Akel-backed presidential candidate Stavros Malas accused Anastasiades of sabotaging the talks to focus on winning a second term.

“Instead of demanding discussion of the document submitted by the UN secretary-general, he opted for electioneering,” the campaign said in a statement.

“He is untrustworthy both in Cyprus and abroad.”

The presidential palace hit back at Malas’ statement, citing remarks made by Tsielepis earlier in the day to support Anastasiades’ strategy.

“Akel and Stavros Malas are sending damaging messages abroad and misinform the public domestically that the talks collapsed supposedly because President Anastasiades lacked the required will and made negotiating mistakes,” deputy government spokesman Victoras Papadopoulos said.

“We refer Mr Malas to [Tsielepis’] remarks this morning, in which he said that at Crans Montana our side had international backing on the key issues of security, guarantees, intervention rights and troops, as well as territorial readjustments. Who achieved all this? President Anastasiades did, through his politics, strategy and tactics, and with the cooperation of the Greek government.”

Speaking on Politis radio on Tuesday morning, Tsielepis had said the Guterres document was “positive for our side”.

“The view of the UN secretary-general, the European Union, the British, the Greeks, and our own, was crystal clear: no more guarantees and intervention rights, which should be replaced by a mechanism for the implementation of a solution,” Tsielepis explained.

“It turned out that the proposed mechanism was not what some of us feared – a new Treaty of Guarantee under another name. The fear proved unjustified, as can be seen from the content of the mechanism, which has been leaked. But when we got there, that fatal night, everything collapsed.”

Countering the government’s argument that the document could not have been discussed at the Crans Montana dinner on the final night because no solution to implement had been reached yet, Tsielepis said Guterres’ framework for a solution, which had been submitted days earlier, had been clear on security and guarantees.

“The framework had come earlier, and it was crystal clear on security and guarantees,” he said.

“It said – we all know, it has been leaked – that the Treaty of Guarantee and intervention rights are being discontinued and replaced by a mechanism for the implementation of a solution. And we were presented with the mechanism, which reflected the international community’s views. So both the framework and the proposed mechanism were very close to our arguments.”

On how the collapsed talks could be revived, Tsielepis said negotiations could pick up from where they left off in the presence of the guarantors’ Prime Ministers, so that the contentious point of whether the 650 remaining Turkish troops would fall under a review clause or a sunset clause after a period.

“That was all that was left,” he said.

“Agreed troops presence would have been 650 Turks and 950 Greeks, and what couldn’t be agreed was review or sunset. That was the issue. I don’t think the UN secretary-general entertained any thoughts on the things President Anastasiades has claimed – Turkish demands of a military base and 1,800 troops permanently stationed on the island.”

2,000 die each year from heart disease