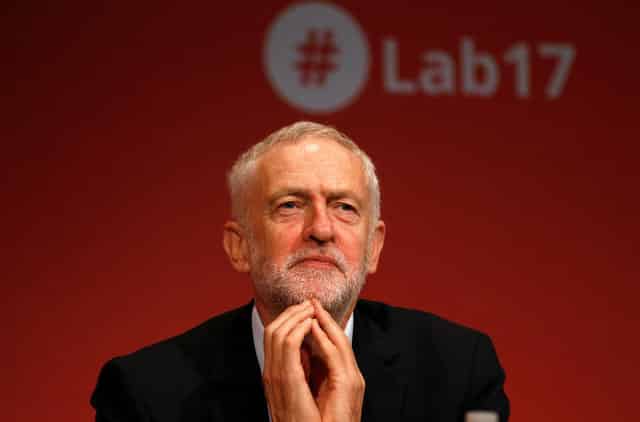 Britain’s opposition Labour Party is drawing up a plan to counter capital flight and a run on the pound if it is elected to run the country, the party’s economic policy chief has said.

Labour is holding its annual conference three months after an election in which its left-wing programme found unexpected support among an electorate hungry for change, but fell short of the level needed to take power from Prime Minister Theresa May’s Conservatives.

Another election is not currently scheduled until 2022. Nevertheless Labour says it is ready to govern if May’s minority administration, weakened by a botched election campaign and divided over Brexit, falls.

“What if there is a run on the pound? What happens if there is this concept of capital flight? I don’t think there will be but you never know so we’ve got to scenario-plan for that,” Labour’s would-be finance minister John McDonnell said at a conference event late on Monday, according to a recording posted on the Guido Fawkes news website.

“People want to know we are ready and they want to know we have got a response to anything that could happen. Because if we can demonstrate that … that will calm things down.”

Asked about the comments, Labour leader Jeremy Corbyn told the BBC it was right to be looking at all scenarios.

That has raised concerns among some of the many businesses who came to the Labour conference to find out more about the party’s policies.

Before the June election, the veteran socialist Corbyn and his team were not widely seen outside of party ranks as a government-in-waiting, but since their unexpectedly strong showing the prospect of a Labour government is being taken more seriously by businesses, the media and some Conservatives.