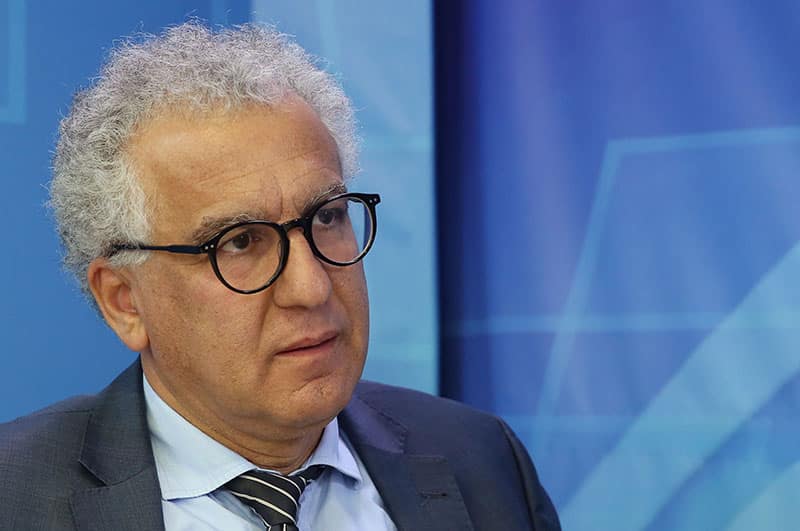 University of Cyprus (UCy) rector Constantinos Christofides has hit back at detractors who accuse him of seeking to ‘abolish democracy’ through a proposal changing how the university’s top executives are elected.

Christofides has proposed two ways of altering the process to elect the university’s rector and two vice-rectors.

The first would reduce the weighted vote allocated to students’ representatives, or electors, transferring a share of the vote to postdoctoral researchers, who Christofides argues should have a say in the running of the university.

There are currently some 600 postdoctoral researchers working at UCy.

In addition, all students – not just their electors, as is now the case – would be able to cast a ballot.
Currently, the student electors possess a weighted vote of 30 per cent. Christofides proposes that this be lowered to 20 per cent.

Academic staff also have a weighted vote in the process.

The student electors represent groups which are typically affiliated to political parties.

According to the rector, up to 55 per cent of UCy students do not vote for any of these student groups, and as such their voice is not being heard. In this sense, he argues that his proposal in fact envisages a more inclusive process.

Alternatively, Christofides has proposed the establishment of an ‘international committee’ to elect the university’s rector and vice-rectors.

The committee would consist of deans from major universities in other countries. This was common practice abroad, he said, citing the example of the University of California, Berkeley.

Christofides said his critics are being disingenuous, in that they focus on this second proposal while not mentioning at all the first option.

He attributed the reaction by student groups to their angst at losing their ‘monopoly’ over the electoral process.

In a statement on Monday, the Student Union of the University of Cyprus (Fepan) lambasted Christofides for attempting to “subvert the democratic process.”

Warning that it would never consent to the proposal for establishing a panel to elect the rector and vice-rectors, the student union called on students and academic staff alike to “defend democracy and our rights.”
Mirroring their sentiments, main opposition Akel slammed Christofides for his “machinations to abolish elections” at the university.

Akel said the rector has failed in his task as the university’s caretaker, who is supposed to defend the institution’s autonomy, not undermine it.

“By the same logic, the rector may propose that a ‘team of experts’ from abroad should also elect the President of the Republic,” Akel noted with sarcasm.

Christofides and Akel have been at odds for some time. Last month the party accused the rector of squandering public money in having the university pay for his defence in private lawsuits filed against him personally.

Christofides responded with a long letter detailing each of the six lawsuits filed against him, which the school’s board found were related to the execution of his duties as rector and thus the university should shoulder the cost of his defence.

He implied that the real reason behind Akel’s assault was that the university had decided to switch to another law firm in 2015. The previous law firm had connections to Akel.

Woman remanded for posing as beautician

Police to take over polling stations in Catalonia