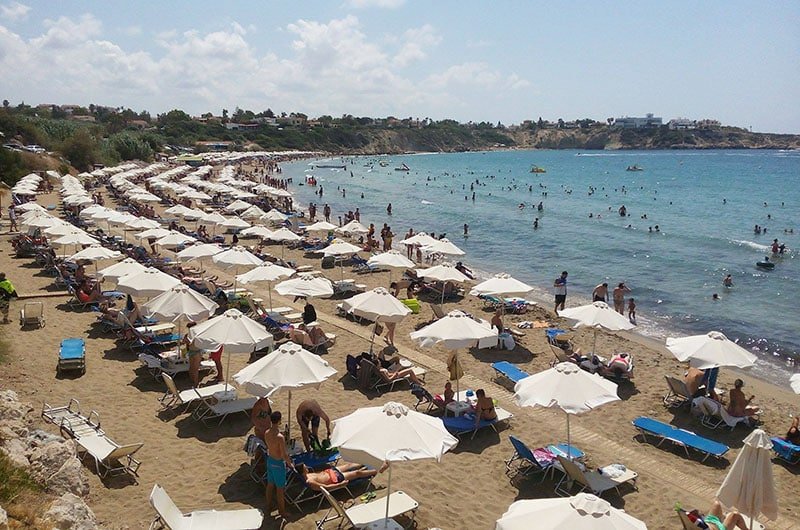 Lifeguards have heaped praise on the mayor of Peyia after he swiftly stepped in to take action to help ease their concerns after meeting with them last week.

A spokesman for the Paphos lifeguards association said they approached mayor Marinos Lambrou with a number of concerns affecting the beaches in Peyia, which were heaving with visitors during the summer months, adding that his response was immediate.

“Last week we met the mayor and we are very pleased and impressed that he helped us so quickly. He listened to our concerns, he understood them and he stepped in to help straight away. He has promised to continue this relationship with us as we go forward,” the spokesman told the Cyprus Mail.

He said the lifeguards have faced huge problems this year in the district and in particular at Peyia’s beaches, including the popular blue flagged Coral Bay, Corallia and Kafizi beach. Currently, there are four lifeguards at Coral Bay and Corallia and one allocated to Kafizi.

In August Paphos lifeguards said they had reached breaking point as beaches were full to bursting with tourists and locals, adding that they were still waiting for extra staff and equipment promised by the government.

The lifeguard said an increase in tourism has led to an increase in the number of people using these beaches of around 20 to 25 per cent during peak times, and that as well as lifesaving rescues, lifeguards had to attend daily to instances of heart attacks, injuries and unconscious swimmers and beach goers.
Lambrou said the beaches in Cyprus are a great source of income.

“Tourists and locals should be offered the best levels of safety possible and one of these ways is though the work of lifeguards,” he noted.

One of the major problems was a broken jet ski used by lifeguards at Coral Bay beach, which had remained out of service for a couple of weeks, placing the lifeguards under unnecessary pressure.

“As soon as we told him, the mayor had the jet ski repaired. He has also given another one month to an extra lifeguard employed in July, so he will now be working until October, which is very generous.”

Although he described these as positive moves, the life guard added that even more are needed and hours extended as the season doesn’t finish until the end of November.

“We hope next year that there will be eight lifeguards at Coral Bay, six at Corallia and two at Kafizi, working from 6am to 8pm,” he said.

The mayor said that according to the weather and attendance numbers, the lifeguards in Peyia will stay longer and increase in numbers. “This is very important,” he said.

The mayor has also already held meetings to add further buoys in the sea at Coral Bay to designate separate areas for swimmers and boats and other water craft. The lifeguard said this will make it far safer for swimmers.

“Our beaches need to be clean and people must be able to swim safely. We are dependent on tourism in Cyprus, ninety per cent of our income comes from the tourist industry, hopefully other municipalities will follow suit and we can upgrade the services offered,” Lambrou said.

Our View: Way Uni rector is chosen is lunatic not democratic

Trump: military option for N.Korea not preferred, but would be ‘devastating’