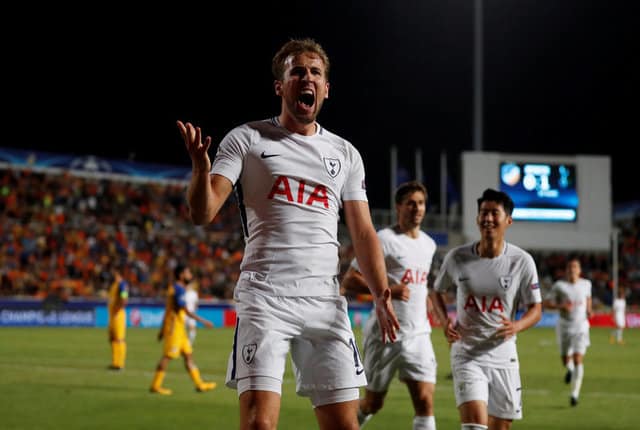 Mauricio Pochettino praised Harry Kane after the English striker scored a perfect hat-trick for Tottenham Hotspur to give them a 3-0 victory at APOEL Nicosia in their second Champions League match in Group H.

After scoring twice in the opening group stage win over Borussia Dortmund at Wembley, Kane added to his European tally with three goals in Cyprus using both feet and his head.

“He has unbelievable skills in front of goal. He is on another level. He is a killer, Harry has this special skill,” Pochettino said.

Spurs’ next opponents in the competition are Real Madrid, who also have maximum points and the same goal difference in the group following two victories.

When asked whether Kane is on the same level as four-times Ballon d’Or winner Cristiano Ronaldo, the Argentine coach did not give a straight answer but did laud the Englishman as one of the best.

“He scored three goals, he is one of the best, he is unbelievable,” he said after Kane reached 34 goals for his club during the calendar year, three more than the Portuguese.

But Pochettino would not be drawn on whether he would swap Real Madrid’s mercurial number seven for 24-year-old Kane.

“Cristiano is fantastic and one of the best. Harry is one of the best and can improve because he is so young. Both are fantastic, they are the types of players you want in your team.”

‘Morata must prepare for hostile reception at Atletico’