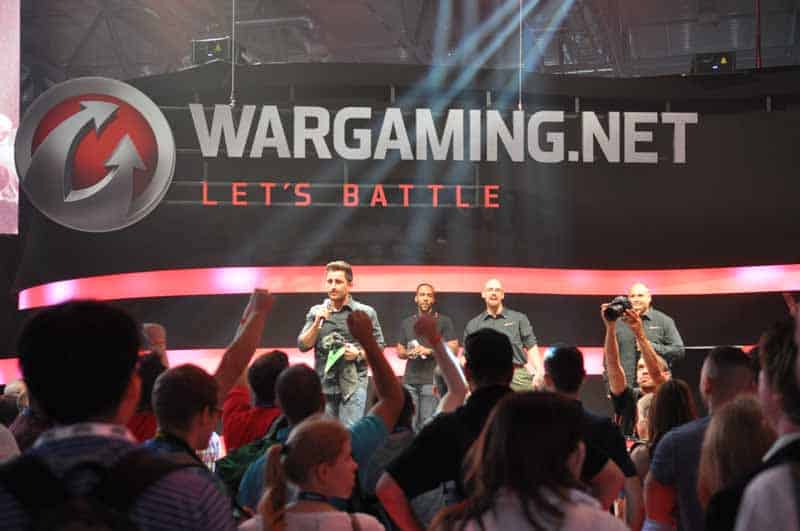 Wargaming, which has its headquarters in Nicosia, began as a five-man startup in Minsk in 1998 and now employs thousands worldwide

Cyprus is attracting top talent with fast track visas for technological entrepreneurs from outside the European Union who launch or operate innovative startups with high growth potential.

The programme gives successful applicants a gateway into the EU, providing a strategically-located base where operational costs are substantially lower than in mainland Europe and which has a competitive, EU-approved tax regime. Cyprus also enjoys business-friendly time zones, while the sunny weather underpins an enviable island lifestyle.

These benefits have already attracted many gifted tech entrepreneurs from EU countries who, of course, do not need visas for Cyprus because it is a member of the bloc.

The startup visa scheme for non-EU nationals, launched in February, is designed to give a further boost the island’s startup ecosystem, which is learning and growing from an influx of some of the best brains in the field. Successful applicants initially get the right to live and work in Cyprus for at least a year.

If, after two years, the enterprise is judged to be successful or demonstrates real potential to become a job-creating success, the visas can be extended indefinitely.

The programme is open to the individual founder of a startup or a team of up to five. In either case they must have access to €50,000 in capital and their company’s head offices must be registered in Cyprus.

The cosmopolitan island is already home to a rapidly-growing expatriate and local tech community, with ‘incubators’ and accelerators to support startups.

Several global tech giants have well-established head offices in Cyprus, among them Viber, an online communications program that competes with Skype, and Wargaming, one of the world’s most popular and profitable publishers of video games.

A delegation from the Cyprus Investment Promotion Agency (CIPA) will be in Dubai in October to promote Cypriot startups and the Cyprus startup visa scheme at Gitex Technology Week, an annual global showcase for the tech industry that attracts a huge and influential audience.

Because EU member Cyprus is on the doorstep of the Middle East, the visa programme so far has generated the most interest from tech entrepreneurs in countries from the region. They are attracted by the benefits of doing business in Cyprus while home is just a short flight away.

Given that Cyprus already has a flourishing expatriate Russian-speaking business community, the programme is also expected to attract prospective tech entrepreneurs in Russian-speaking countries. The global success of Wargaming, which has its headquarters in Nicosia, serves as an inspiration.

The company, which began as a five-man startup in Minsk in 1998, now employs several thousand people and has 16 offices worldwide. Wargaming has made a billionaire of its Belarusian-born founder, Victor Kislyi – a chess champion and physicist by training – who resides in Nicosia when not travelling.

The visa scheme should also appeal to entrepreneurs from China, now a world leader in the tech industry. Cyprus in recent years has become home to a growing Chinese business community that uses the island as a springboard into the EU and beyond.

Applicants must be able to show why and how the startup is innovative. In the case of an already existing startup, an external auditor must certify that at least 10 per cent of the operational expenses went to research and development in at least one of the previous three years. For a new enterprise, the evaluation is based on the startup’s business plan. [See full details of the visa startup scheme here: http://www.reform.gov.cy/assets/mainmenu/168/docs/startup_visa_scheme_english_version.pdf]

Startups that begin with a handful of founders can rapidly develop into companies employing 30, 40 or 50 people. And growth in Cyprus brings big rewards.

“Those launching startups often aren’t aware of the huge long-term benefits that a good tax system like the one in Cyprus offers,” Marios Giorgoudis of CIPA, told Investment Watch. “If they grow their startup, they have a big income and as non-Cypriots, they can apply for non-domicile tax resident status. This has major benefits because of exemptions from various taxes and our highly competitive, EU-approved rates on others.”

He gives Viber as an example. “It was started (in 2010) by a team of foreign nationals who needed a place within the EU that had good taxation and was in close proximity to their homeland, so they set up in Cyprus with headquarters in Limassol.”

Viber grew rapidly and in 2014 was bought by the Japanese e-commerce giant Rakuten for $900mn. Viber’s founders each realized a multiple return on their investments after paying the standard Cyprus company tax rate of 12.5 percent on their gains.

A new arrival in Cyprus is Whipper, a “chat and play” gamified digital messaging platform aimed at millennials, which opened its headquarters in Limassol in June 2017. Its founding team includes executives, investors and advisors from Netflix, Riot Games, Amazon, Swiftkey, Expedia, and Viber.

As Cyprus’ tech industry makes its mark on the global stage, the startup visa scheme is set to enrich the talent pool at a very opportune time.

Nearly half of abortions annually are unsafe – study

Cyprus 4.0 Introduction: An online expert talks about creating in Cyprus

Cyprus 4.0: Wargaming makes effective use of analytics for online success

Cyprus Vision 2035: A plan to build a resilient economy

Cyprus Minister of Energy, Commerce and Industry: Liberalisation should be completed by 2022