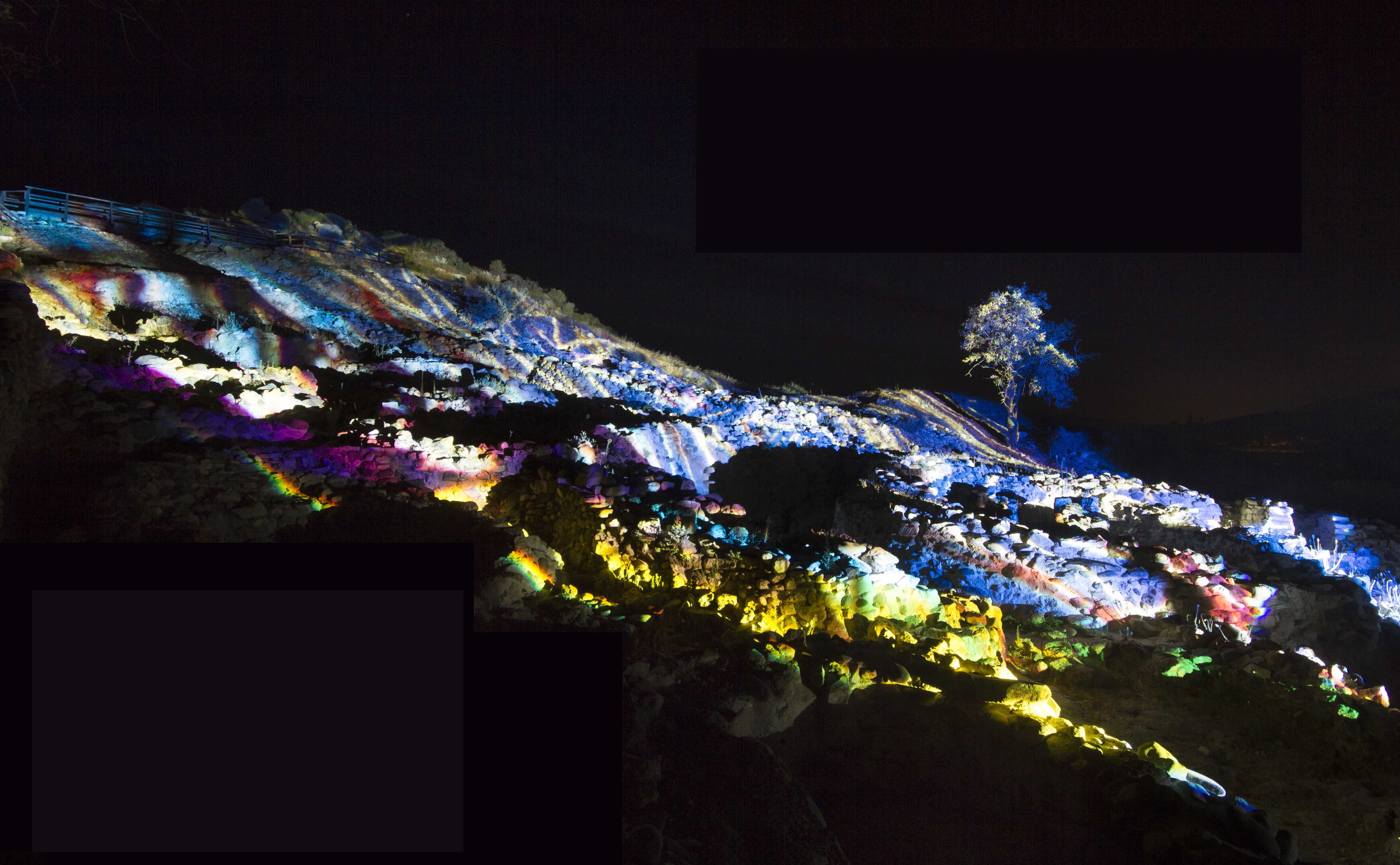 Austrian artist Victoria Coeln invites us into the artistic world of light and how light, space and colour can be perceived tonight during her artistic intervention Crossing Realities Cyprus at the Salt Lake, near Hala Sultan Tekke in Larnaca.

Crossing Realities Cyprus, which will take place from 8.30pm until 11pm, will concentrate on the fact that our island is one of light with about 340 days of sunshine a year. Its specific geographic location has led to ever-new conquests of the island, leaving great historical monuments but also leading to a dark shadow in the past and the present, involving the Cyprus Problem.

Speaking about her artistic light intervention, Coeln said “as soon as we shine a new light onto the world, the resulting image is new for all of us. If we make this image visible for others, we create a new view of the world – or, to borrow Hannah Arendt’s phrase: the more peoples there are in the world who stand in some particular relationship with one another, the more world there is to form between them, and the larger and richer that world will be.”

Touching on the theme of this new image for all, the organisers of the event said that everyone they spoke to about Crossing Realities Cyprus – people from the south, the north and everywhere in between – were “convinced that the entire Cyprian civilian population is willing to unify for building and keeping peace.”

The organisers admitted that art cannot solve the conflicts, neither can it heal all the wounds, but “what we can do through the media of arts is to set unexpected starting points for a new thinking and to empower hope for new beginnings,” they explained.

The medium of light, which has positive and pacifist connotations in all cultures, regions and religions, serves as the perfect key for this project, which is supported by the Austrian Embassy in Cyprus.

The project, which will also take place at the Neolithic settlement of Choirokoitia – which is on the World Heritage list of Unesco – on October 8, was initially intended for the European Capital of Culture Pafos2017 and for the Buffer Zone area with the intention of bicommunal reconciliation and peacebuilding. But after putting a lot of thought into this matter and considering the powerful message that the project brings to the island, Coeln decided to transform it into a larger-scale venture in several locations.

Coeln and her artistic team Atelier Coeln has won high international acclaim for her artistic interventions at World Heritage sites, such as the famous Cathedral de Burgos in Spain, Gobekli Tepe and Ephesus in Turkey and at the Stephansdom (St Stephen’s Cathedral) in Vienna. Each of her light interventions is unique and developed in dialogue with its location.

There will be a welcoming speech by the mayor of Larnaca Andreas Vyras.

Make sure to bring your cameras along to capture the magical scenery created by the artist on film.

U.S. visas to six Muslim nations drop by 18 per cent

Proceeds from Beyonce song to go to hurricane relief efforts