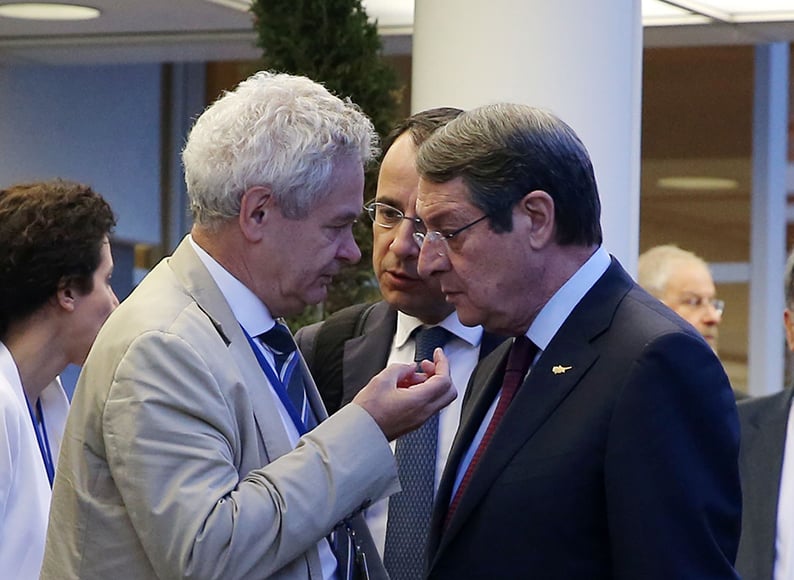 United Nations chief Antonio Guterres’ claim of a “historic opportunity missed in Crans-Montana” flies in the face of President Nicos Anastasiades’ narrative of how close a solution was in Switzerland, particularly during the July 6 dinner, Akel said on Saturday.

Ever since the Conference on Cyprus collapsed, Anastasiades has maintained that a solution was never as close as UN special adviser Espen Baarth Eide and other diplomats had suggested it had been, and that this was due to Turkey’s intransigence and demands for the perpetuation of Turkish guarantees and troop presence on the island.

The secretary-general’s report prompted more criticism from main opposition Akel, which has maintained that Anastasiades failed to pursue the opportunity presented at Crans-Montana to focus on his bid for re-election.

“While the prospects for a solution are fading, Mr Anastasiades’ main concern is unfortunately his re-election to the presidency,” Akel MP Aristos Damianou said on Saturday.

“At Crans-Montana he squandered the opportunity to abolish guarantees and intervention rights and negotiate safe mechanisms of implementation of a solution as proposed by the UN secretary-general.”

Unfortunately for Cyprus, Damianou added, judging by the results, Anastasiades’ handling of the Cyprus problem has failed spectacularly.

“If the content of the secretary-general’s report is anything to go by, Antonio Guterres has stripped Mr Anastasiades of any arguments,” Damianou charged.

The Green party also blasted Anastasiades over the Guterres report, claiming the president failed to demonstrate Turkey’s intransigence to the United Nations.

“The equal distance kept by the Guterres report from both sides regarding the failed Crans-Montana conference suggests President Anastasiades’ failure to achieve even a single reference to the self-evident role Turkey played in the end result,” the party said in a statement.

“It’s time President Anastasiades withdrew the unacceptable concessions he offered at Crans-Montana – the rotating presidency, veto rights or numerical equality at all government bodies, rights for Turkish nationals, priority right for illegal users of properties, and so on – and stop referring to a ‘Guterres framework’ if it includes his concessions.”

It has been proven in practice, the party said, that an appeasement strategy will not lead to taming the beast of Turkish expansionism.

In a televised interview earlier this week, Anastasiades once more dismissed the claim that an opportunity had been missed, pointing to Turkish demands at the Crans-Montana negotiations.

“What should I have done, at a moment when [Turkish Foreign Minister Mevlut] Cavusoglu insisted on guarantees and a Turkish military base [on the island]?” he retorted when asked whether he had allowed an opening for a solution to close.

“Is this how opportunities are missed? Am I to blame for not accepting 10 or 15 years of Turkish guarantees with a review clause?”

The governments of Cyprus and Greece have insisted that, while Cavusoglu may have privately promised Guterres to agree to abolishing guarantees and intervention rights, when it was time to acknowledge this at the July 6 dinner he walked away from his pledge.

Eide – and now Guterres himself – implied Turkey would have gone for this arrangement, but only as part of a package deal.

US ‘probing’ to see if North Korea interested in dialogue: Tillerson