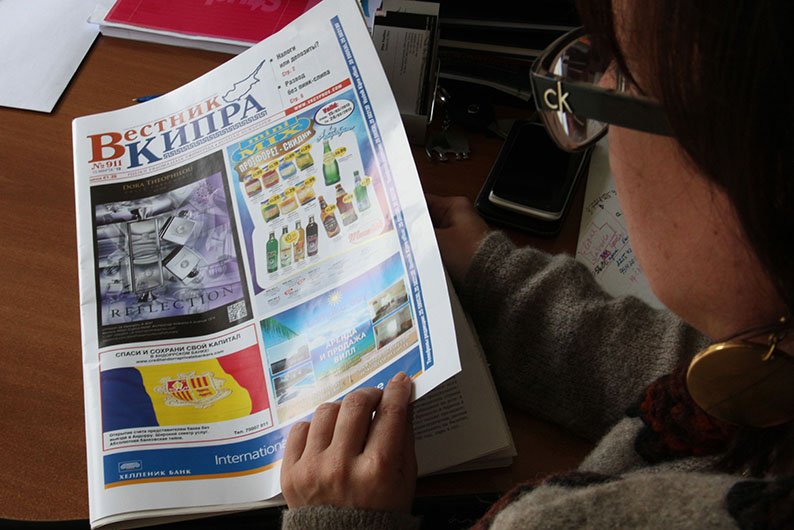 The new political party I the Citizen (EOP) is not a Russian party but a Cypriot one, the newly established movement’s spokesman said on Friday.

Spokesman Demetris Michalakakos told state broadcaster CyBC radio that the party, which is widely referred to by the media as the RussianParty, is in fact a ‘new Cypriot political party’, as its members are Greek Cypriots and Russian-speaking Cypriots.

He said that the party has currently more than 1,000 members, the majority of whom are Greek Cypriots.

“I believe it is unfair (to call it a Russian party) because the majority of the members are Greek Cypriots. There are in Cyprus also many Russian-speaking people who have been for many years Cypriot citizens,” Michalakakos said.

EOP’s leader is businessman Alexei Voloboev, who has been living In Cyprus for many years.

“His son has served in the National Guard as a Cypriot citizen,” Michalakakos added.

The party, he said, was founded by a group of people who wanted to be involved in Cyprus’ political, economic, social and cultural life by utilising their knowledge gained through their travels and experience from other countries.

The name of the party is not random, as its founders wanted to focus on citizens.

Michalakakos said that the party members have new ideas to clamp down on corruption and red tape and on how Cyprus can grow. “The first thoughts are that this sector is high technology”.

“There are sectors where Cyprus is lagging, we must move at a faster pace on some things,” Michalakakos said.

The party is to open offices in large towns of the island while soon, it will also launch its official website.

Due to that the party received the approval of its establishment with a delay, he said, it is not ready to enter the presidential election race.

“There is no time,” Michalakakos said. He added that the first elections the party will participate in, are the 2019 Elections to the European Parliament.

The party however, plans on meeting with the presidential candidates, despite not wanting to side with any of them.

“We will have contacts with all the candidates to listen to their thoughts and about their policies,” Michalakakos said. EOP is to officially announce its preliminary thoughts next week, he said.

The application to register a new party was filed with the interior ministry in May and, in the meantime, the partyfounders have been laying down the groundwork, including the creation of Twitter (@EOP_CYPRUS), Instagram (@eop.cyprus) and Facebook (@EOP.Cyprus) accounts.

The party’s mission statement is listed on social media as ‘the unification of citizens of Cyprus with modern views into a single political party’.

It is understood that the party is backed by Cyprus-based Russian businessmen.

The aim of the new party is to introduce radical improvements to the business aspects of public life, including slashing red tape, developing new technologies and e-government and re-directing the economy towards growth.

We respect history, we believe in a bright future