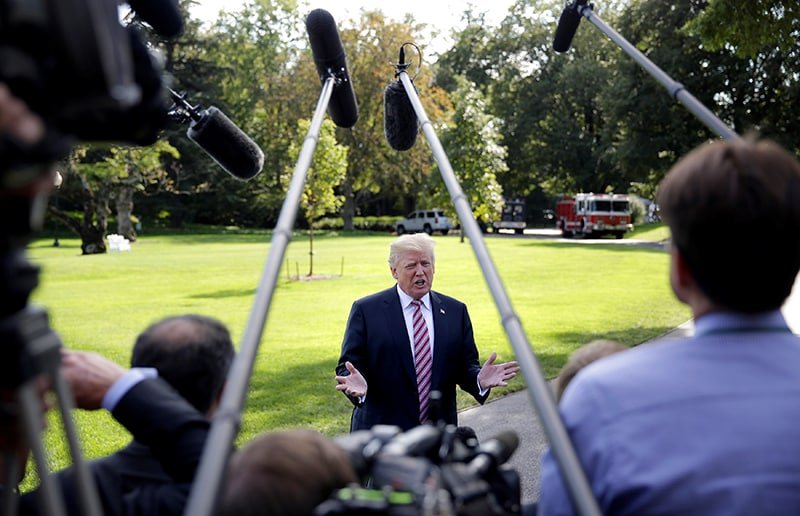 President Mr Nicos Anastasiades received congratulatory messages from his USA and Russia counterparts, Donald Trump and Vladimir Putin, on the occasion of the anniversary of the independence of the Republic of Cyprus.

In his message, Trump extended “best wishes to the people of the Republic of Cyprus as you celebrate the 57th anniversary of your nation’s independence”.

The Republic of Cyprus, the US president said, has long been an important partner to the United States.

“Our shared values of democracy and freedom have served as the basis for a strong and valued bilateral relationship,” he added.

“Together we have promoted peace and regional stability while also expanding our business and cultural ties.”

Trump noted that the US continues to support the Republic of Cyprus in its efforts to reunify the island as a bizonal, bicommunal federation.

“As we mark this important day, we wish all Cypriots a peaceful and prosperous year,” Trump said.

In his message, Putin extended his “sincere congratulations on the occasion of the National Holiday – the Independence Day of the Republic of Cyprus.

“Relations between Russia and Cyprus, based on good traditions of friendship and spiritual proximity, are developing in a constructive manner,” Putin said.

“I hope that our forthcoming negotiations in Moscow will promote further enhancement of bilateral political dialogue and productive cooperation in various fields.”

Putin said he would also like “to reaffirm the constancy of Russian policy in the support of the efforts of the leadership of the Republic of Cyprus to achieve a just, comprehensive and viable settlement of the Cyprus problem on the basis of relevant resolutions of the UN Security Council in the interests of the entire population of the island.

“I sincerely wish good health and success to the people to Cyprus as well as prosperity and well-being,” the Russian president said.

Frida: the rescue dog of Mexico

Woman hospitalised after being hit on zebra crossing