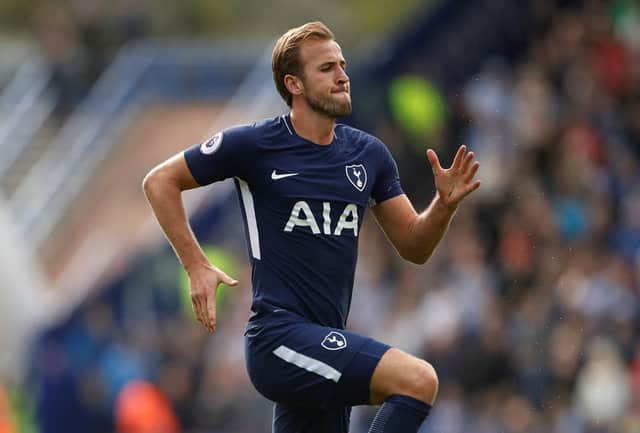 The victory lifted Spurs into third place in the table ahead of this weekend’s games and marks the first time the club have won their opening four away games since their 1960-61 double-winning campaign.

For Huddersfield, the loss was a reality check for a side who had kept clean sheets in four of their previous six matches and have made a promising start to life in the top flight.

Kane, who now has 13 goals for club and country this month including a Champions League hat-trick at Apoel Nicosia, opened the scoring in the ninth minute with a confident finish after robbing hesitant Town defender Chris Loewe.

While the home crowd roared on the forward bursts from David Wagner’s team, Spurs looked a threat every time they advanced with Christian Eriksen and Dele Alli’s clever touches opening up space for Kane.

That trio combined down the right with a neat move for the second goal with Eriksen’s attempted cross turned into Ben Davies’ path by the unfortunate Loewe and the Spurs full back slotted home.

Kane fired a warning shot with a blast just over the bar before his spectacular second put the game beyond Huddersfield inside 23 minutes.

The England forward left two defenders for dead on the edge of the penalty area with a clever body swerve and fired an unstoppable shot into the corner.

There was still time before the interval for Alli to hit the post from close range and Kane to have an effort ruled out for offside while Huddersfield’s Belgian striker Laurent Depoitre crashed a shot against the bar.

That was an indicator that the Yorkshire club were not going to roll over meekly and they stuck at their task well in the second half while the visitors took their foot off the gas.

But it was an indicator of the quality shown by Kane in that devastating opening period that when he was substituted with three minutes remaining he was given a standing ovation from the home fans.

Spurs added a fourth in added time when substitute Moussa Sissoko finished off a counter-attack after good work from Son Heung-min and Davies.