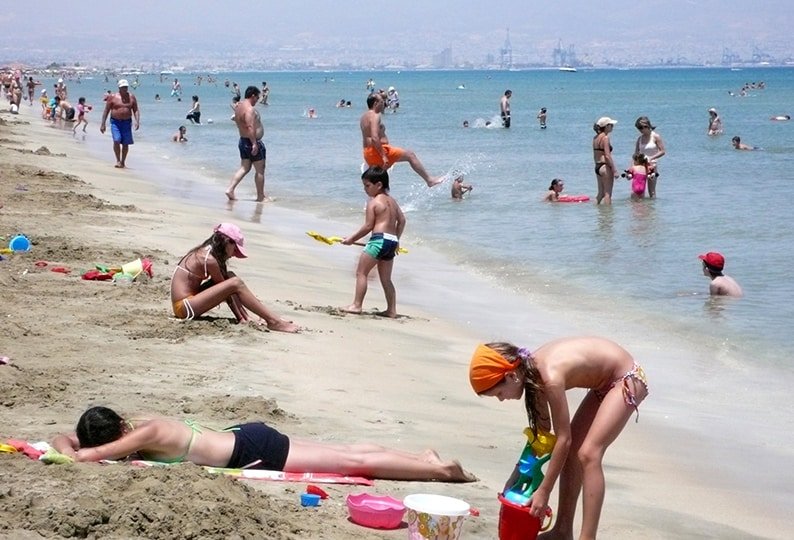 Environmentalists have described the new legislation allowing the creation of ‘mini marinas’ that will be leased by the government into private hands as a de facto privatisation of the beaches.

By ‘renting out beaches’ privately, it will inevitably lead to public land being closed off to the public, they say.

Approved by MPs last week with 21 votes in favour, the controversial law has now broadened the scope of what constitutes state land, to include beach areas with jetties.

Such areas can now be leased, following state approval, into private hands to create docking areas for boats which have been coined as ‘mini marinas’.

To receive such a permit, property owners – in this case hotels – must first have a jetty in the sea. An application to construct one must be submitted to the state and once it is ready, then the government will be able to lease the sea as a docking area.

What opposition MPs and environmentalists argue, however, is that several hotels have already constructed jetties in the sea illegally and this bill is an attempt to legalise what is already illegal.

“There are no limits on how many of these docking areas can be created. Any hotel can just apply for one.”

The ‘mini marina’ must have the capacity of up to 150 boats, she said, but by no means did it mean the application has to be for that number of boats.

“If Ladies Mile in Limassol did not fall under the (British) bases, how many of these docking areas could be constructed there? Is there even a limit?”

Furthermore, beyond the risk of the coast filling up with docking areas, public access is yet another concern.

Although the law stipulates free access to the public, Mavrou questions how that could be enforced in practice.

“Docking areas, in reality are closed off when you think of the security that’s going to be there,” she said.

“Additionally, the beach is lost. If we keep making docking areas outside hotels then how will the public even be able to use the beach?”

The bill was voted into effect with 21 votes in favour from Disy, Edek, Citizens’ Alliance leader Giorgos Lillikas and the Solidarity Movement.

The discussion had reached stalemate after two hours of discussion which ended after Edek leader Marinos Sizopoulos submitted an amendment that stipulated the state land could only be leased – and not sold or swapped.

“But if the land is leased for 30 years does that really make a difference though?” Mavrou asked.

But Disy MP Nicos Nouris, who voted in favour of the legislation, dismissed the branding of the bill as ‘renting out beaches’ as an attempt at populism and insisted there were enough safeguards in the law to prevent any abuse of the system.

For starters, leases would not be handed out left, right and centre but would be properly evaluated, he said.

“If there were an application for a docking area at Fig Tree Bay for instance, then of course it would be rejected, it’s a lovely beach and we don’t want to affect it.”

Countering claims that the bill serves to legalise hotel owners who have already illegally constructed jetties, Nouris said not only would those premises not receive a lease but they would also be prosecuted.

The law has no such provisions, said Koulla Mihail from the conservation foundation Terra Cypria.

“Where does it say that?” she asked.

Already, nine complaints have been filed to the state and MPs about premises that have illegally constructed jetties and nothing has been done about them, Mihail told the Sunday Mail.

Nouris countered that no complaints have been submitted whatsoever.

He also went on to say that with the current legislation any cases where the beach may be affected by a docking area, then the property owner will have to offer compensatory measures.

“The Limassol marina had to be constructed on the beach and that’s why they’ve created an artificial beach where the floating restaurant is.”

“Any property owner that gets a lease will have to offer something in compensation.”

The MP also argues that the picture painted by opposition groups in which docking areas would be surrounded by bars and cafes are entirely inaccurate.

“Only one café or bar is allowed to be constructed there. Nothing more.”

But according to Mihail this misses the main issue.

“Our concern is that the beach is preserved as a public good.”

“No studies were conducted on whether Cyprus even needs more docking areas.”

What was presented in parliament was in fact a study conducted back in 1993 by the environmental department and was used as a basis to argue in favour of the legislation.

Nouris said the environmental department said no new strategy was needed as no applications for docking areas had been submitted.

Discussions on creating docking areas have been around for years, and, according to Mavrou, four applications for approval have already been submitted since 2013 but could not be processed due to the impending legislation.

Nouris argues that “there’s not enough places for people to park their boat,” at the moment in Cyprus. Asked if the Limassol marina was not enough, Disy’s MP said absolutely not.

“At the marina, you pay a lot for the luxury but a docking area has less facilities and just operational costs. It is much more attractive.”