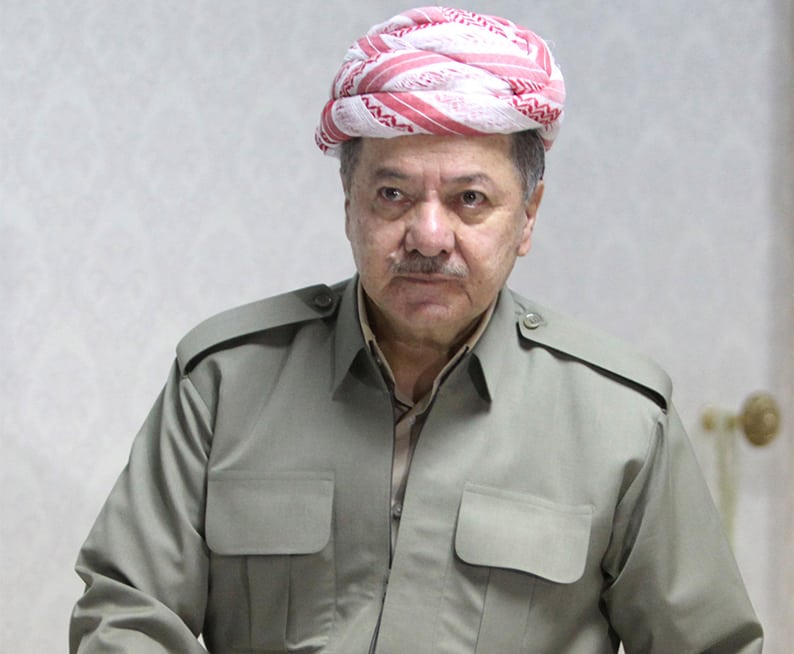 The neighbours are very cross about Monday’s independence referendum in the Kurdish part of Iraq, which is currently known as the Kurdistan Autonomous Region (KAR). They can’t go on calling it that if and when it gets formal independence, and the leading candidate for the new name is “South Kurdistan”. Which is precisely what annoys the neighbours.

Iraqi Prime Minister Haider al-Abadi, who governs the Arab majority (80 percent) of Iraq’s population, said he would impose an air blockade on the KAR if it doesn’t hand over control of its airports to Baghdad. Iran has already stopped direct flights to the Kurdish region, and Egyptair and Lebanon’s Middle East Airlines started to observe the ban from Friday.

The Iraqi prime minister also said that Baghdad will fight to prevent Kurdish secession, if necessary, and he has sent Iraqi troops to take part in joint exercises with the Turkish army on the KAR’s northern border. As for the Turkish government, President Recep Tayyib Erdogan is enraged and warns that this “adventure” (the independence referendum) “can only have a dark end”.

Turkey is the great power of the region (80 million people and a big, modern economy), so Erdogan’s threats to shut off the pipeline that delivers Kurdish oil to the world and to stop exporting food to Iraqi Kurdistan have to be taken seriously. The KAR is landlocked, and Turkey is its main trading partner (about $10 billion of cross-border traffic a year).

Erdogan tried very hard to persuade Masoud Barzani, the president of Iraqi Kurdistan, to call off the independence referendum. He accuses Barzani of “treachery” for going ahead with it anyway, and warns that “If Barzani and the Kurdish Regional Government do not go back on this mistake as soon as possible, they will go down in history with the shame of having dragged the region into an ethnic and sectarian war.”

Most of us were under the impression that that war has already been underway for around five years, mainly in Syria, with Erdogan eagerly feeding the flames. But his interventions in Syria were just dabbling in other people’s problems; an independent Kurdish state in northern Iraq, he thinks, would be an existential threat to Turkey itself.

He may be right, because one-fifth of Turkey’s population is also Kurdish, and most of them live in the part of Turkey directly across the border from Iraqi Kurdistan. He is terrified that Turkey’s Kurds will catch the independence bug too, and he’s willing to take strong measures against Iraq’s Kurds to stop it.

That’s why the talk of “South Kurdistan” is so incendiary. Seen through this Kurdish nationalist prism, it is the first bit of a big, united Kurdistan: south-eastern Turkey is “North Kurdistan”, southwestern Iran is “East Kurdistan” and north-eastern Syria is “West Kurdistan”. The 30 million Kurds are one of the biggest stateless ethnic groups in the world, but giving them all a national state would require dismantling Iraq, Iran, Turkey and Syria.

That’s why it has never happened, although the Kurds were first promised a state of their own when the Western powers were planning the carve-up of the Ottoman empire after the First World War. The Kurds have been seeking it ever since, but everybody else always lines up against them.

Iran has just said that it too will close its border with Iraqi Kurdistan, and Erdogan is confident that Turkey can bring it to its knees: “It will be over when we close the oil taps, all their revenues will vanish, and they will not be able to find food when our trucks stop going to northern Iraq,” he said this week.

The United States is preparing to abandon its Kurdish allies in both Iraq and Syria, although they have done much of the fighting against Isis, because it doesn’t want borders to start to move in a region that is already turbulent enough. The Kurds haven’t got a friend in the world, and it is an old international tradition to use them and then betray them.

So why did Barzani hold the independence referendum now? Final results showed a 92 per cent “yes” vote on a 72 percent turn-out, but there’s going to be a big, ugly backlash from the neighbours. There could even be a war, and the likelihood that anybody will actually recognise South Kurdistan’s independence is minimal.

Barzani’s motives are partly personal: he must step down before the elections scheduled for November, and he wants to stamp his own name on the independence project. But many Kurds would argue that there will never be a “good” time to go for independence, and that they must just push on and hope for the best.

After a hundred years of oppression and division, you can see their point.

The living hell that is Paphos