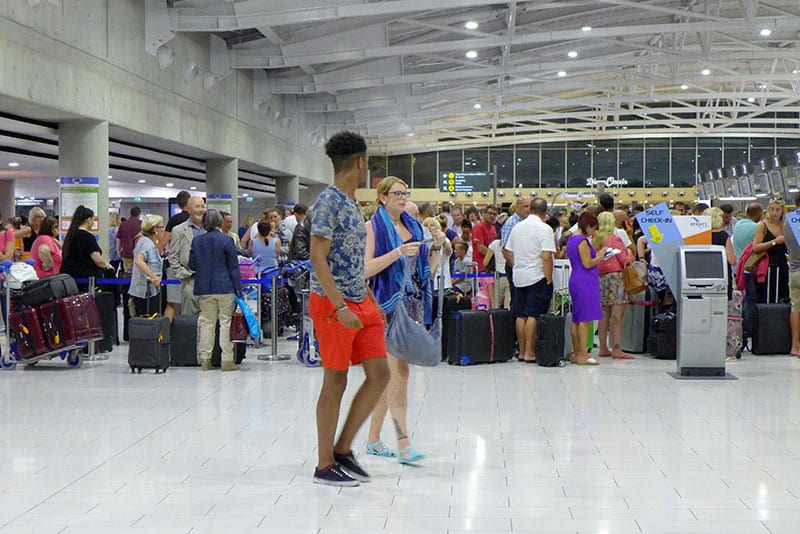 Seventy per cent of arrivals currently visit in the summer

An extra 250,000 airline seats are being added for the coming winter tourism season, translating into a 20 per cent increase in the number of arrivals between November and March, industry players say meaning the success of tourism so far this year looks set to continue.

Although summer arrivals have reached record levels over the past two years with an estimated 3.6m expected by the end of the year, winter tourism has always been the poor cousin due to both the lack of air connectivity in winter and as a result, hotels shutting down for the season.

“Everything depends on the supply of available airlines and hotels,” said Avgi Papageorgiou, head of the Cyprus Tourism Organisation’s (CTO) marketing department. “This is the chicken and egg problem,” she added.

But the situation has improved dramatically over the past three years, and the message this year is that more and more hotels are staying open this coming season, spurred on by increased flights for the period.

Senior Marketing Manager for Hermes Airports Maria Kourpouri said progress was relative “to what we have the rest of the year”. Kourpouri said winter tourism always hovered around 20 per cent of total arrivals.

She added that the last three years it had moved from 20 to 22 per cent.

“We have made some progress but there is still a big difference but more and more hotels are staying open. There is more demand for winter.” Surprisingly, according to the Hermes representative, the additional visitors come through Larnaca airport and not Paphos.

Cyprus Hotels Association Director General Zacharias Ioannides said the 250,000 extra seats, running at 70-80 per cent capacity per flight should result in an extra 100,000 visitors or so, or a 20 per cent increase.

“We’re very optimistic and anticipating a positive performance,” he added.

There are currently 77 airlines flying in and out of Cyprus, according to Kourpouri. “In winter this falls to around 50-55. Some of the operators don’t stop and don’t reduce capacity,” she said.

Two airlines that will not be flying the Larnaca-London route this year will be Aegean and Norwegian Air. Kourpouri said Aegean had abandoned the route due to the high cost of a slot at Heathrow, plus with discounts of 20-30 per cent it was giving on night flights, the airline had decided to cut its losses.

Hermes is working on an alternative for Heathrow but Kourpouri said “it will take some time”.

Meanwhile Cobalt has stepped in with flights to Gatwick.

She said Cobalt had also extended its winter flights to include Dublin and Blue Air “has gone year round”. No new operators or new routes were on the cards this winter, Kourpouri added.

Papageorgiou said there would also be a lot less flights from Germany, the island’s third biggest market after the UK and Russia’ during winter. But this November would in general see “more than there used to be. January and February are the slowest months as airlines might not be willing,” she added.

“It’s looking quite good. We anticipate an increase from last year. All provisional bookings show,” said Papageorgiou. She also said CTO was putting most of its promotional efforts at the moment into lengthening the season.

CTO has already taken out the drawing board in terms of promoting Ireland. A Dublin route has been absent from Cyprus for many years due to the lack of flights “so it’s looking positive”, Papageorgiou said.

Other markets for winter, aside from the UK and Russia include Poland, the CTO official said.

“The UK and Russia have the best flight connections but Poland is looking good this year,” she said.

“We’ve seen the numbers for provisional bookings from the UK, and despite Brexit, we have more bookings now than the same time last year.”

Ioannides said Pasyxe saw two positive trends, one was the number of hotels staying open, which this year would be around 50 per cent, and the second was that an increasing number were also opening a month earlier and closing a month later than usual, thus extending the season.

Winter season ‘officially’ runs from November 1 to March 30 but the aim of the industry and tourism authorities is to extend the season as much as possible as Cyprus tries to become a year-round destination.

“There are a lot of hotels staying open that would have previously remained closed,” said Ioannides. On the flip side three of the island’s well-known hotels, St Raphael in Limassol, Palm Beach in Larnaca and Venus Beach in Paphos are all closing for the winter season for renovations, they confirmed.

Tourism Minister Giorgos Lakkotrypis said recently the scope for further development of winter tourism was huge and “much of the strategy was being focused there”.

“But it is unrealistic to say that we can develop our tourism from one day to the next,” he said.

Car of the future unveiled at designjunction 2017