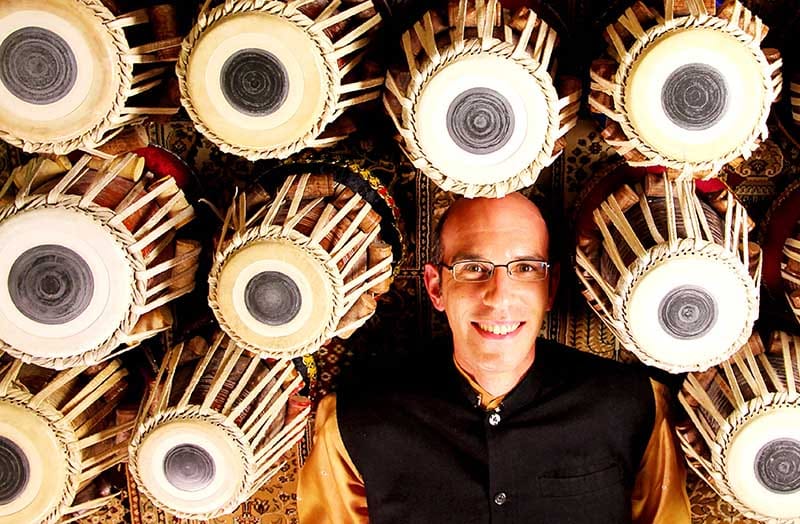 In most European countries, October signifies the start of autumn. But in Cyprus, the tenth month is still summer: searing temperatures, constant sunshine and (if you’re brave!) swimming in the sea. But, regardless of the unvarying weather, this month does see one much-needed change on the horizon: a delightfully refreshing cultural programme – the highlight of which is the annual International Pharos Contemporary Music Festival.

It is, indeed, the perfect time of year for such an invigorating series: under the artistic direction of renowned Cypriot composer Evis Sammoutis, this is a festival which combines the well-established masterpieces of the 20th century with new works from the younger generation of composers. Firmly established as an innovative annual music event, the festival has been both a platform for composers and performers and an inspiration to local audiences for close on a decade. So it’s no surprise to learn that 2017 sees a week packed with concerts, screenings, lectures and educational workshops.

This year’s series, which will take place from October 6 to 13 at The Shoe Factory in Nicosia, focuses on the evolution of traditional music into what we now identify as new music. Entitled EAST music WEST, the festival aims, organisers explain, “to stand as the meeting point of traditions from east to west, from the past to the present: a crossway in which instruments from various cultures mingle with their western descendants, a hybrid platform where the joint but also the contrasting music elements from various traditions around the globe are exposed, and a unique sonic experience in which oral and improvisational practices are combined with modern notation and compositional techniques.”

Presenting four distinct concerts (along with a number of activities throughout the week, such as lectures, workshops and educational activities) the 9th International Pharos Contemporary Music Festival opens to the transcendental sounds of the Orient. Taking place on October 6, this first concert features the sounds of the Chinese Sheng and the Japanese Shō – the former one of the oldest wind instruments in the world, with a history going back over 3,000 years, the latter a free reed musical instrument which is said to imitate the call of the phoenix! Bringing these eastern melodies to life, world famous Sheng player Wu Wei (a pioneer of the instrument, and a soloist with orchestras such as the Berlin Philharmonic and the Los Angeles Philharmonic) will be joining forces with Shō player Naomi Sato, who is known for her performances with the Orchestre de L’Académie Européenne de Musique, the Ensemble Labyrint and the Diotima Quartet.

Taking us on a musical exploration of the subcontinent, October 8 sees “an exciting percussion experience by Shawn Mativetsky, lauded as one of the most dynamic performers of tabla in the world; a pioneer in bridging the worlds of Western and Indian classical music.” While Mativetsky is well known to audiences around the globe, his instrument, the tabla, is perhaps less familiar. Regarded as the king of percussion instruments, this membranophone percussion instrument consists of a pair of drums, and has long been used in traditional, classical, popular and Indian folk music.

Appearing in Cyprus for the first time, the outstanding Ensemble C Barré will be joining forces with soprano Sarah Maria Sun under the direction of Sebastian Boin on October 11. The Ensemble is “enriched by the dynamism and thirst for experimentation of its musicians…” Which, in Nicosia, will result in the inclusion of the bouzouki, the Armenian duduk and the zithers, and will see works by Iannis Xenakis, Igor Stravinsky, Benjamin Britten, Alexandros Markeas and world premieres by Mikel Urquiza, François Rossé and George Christofi feature as part of the evening’s entertainment.

The final concert, taking place on October 13, sees our journey drawing to a close with a nod to the music of the eastern Mediterranean courtesy of the Lingua Franca Ensemble. Comprised of Michalis Cholevas (on the yayli tanbur, tarhu, and ney), Giannis Koutis (on the oud and the guitar), violinist Michalis Kouloumis and percussionist Ruven Ruppik on the riq, darbuka, frame drums, and marimba, this ensemble promises a “colourful soundscape of both eastern and western music, which will include world premieres from the composers Vasilis Filippou and Andreas Tsiartas.

9th International Pharos Contemporary Music Festival
From October 6 to 13 at the Shoe Factory in Nicosia. All concerts start at 8.30pm. For more information call 22 663 871, or visit www.pharosartsfoundation.org. Tickets cost €15 / €10 (concessions & members of the Pharos Arts Foundation), and are available from the box office (contact www.pharosartsfoundation.org, or call 96 669003 Mon to Fri 10am-3pm