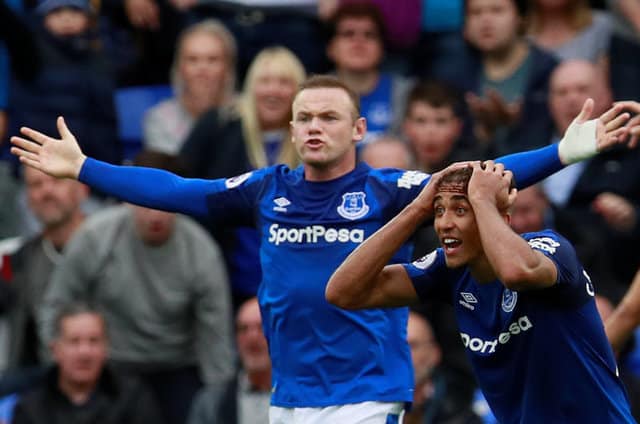 “It is always about the money,” said Everton manager Ronald Koeman when asked after Sunday’s 1-0 home loss to Burnley if his team’s poor start to the season was particularly disappointing given the recent recruitment of new players for around 140 million pounds.

“It is so easy in this situation to speak about the money. We have got a lot of money and we invest some money and it is always about the difference in spending from transfers,” the Dutchman added.

Koeman’s frustration at the focus on the transfer market dealings of the club is understandable – the pre-season notion that Everton’s transfer activity made them contenders for a top six position always contained a strong degree of hype, especially considering the investments of those above them.

But with Everton 16th after seven games, hovering two points above the relegation zone, with two wins to their name, the line of questioning was fair.

Far from mounting a challenge to enter the elite, so far, Everton look to be going backwards and their acquisitions deserve some examination.

Around half of the money spent on new players came from the sale of the club’s top player, striker Romelu Lukaku to Manchester United for a reported 75 million pounds.

Yet the club did not spend any of their money on directly replacing Lukaku with a proven spearhead likely to bag 20 goals a season – instead spreading it around as they brought in nine new players.

It is a sign of how well those deals are working out that three of the most prominent of those players, former England captain Wayne Rooney, Dutch midfielder Davy Klaassen and Spanish attacker Sandro Ramirez, started Sunday’s loss on the bench.

But given Sigurdsson, Rooney and Klaassen all occupy a similar position and indeed Croatian Nikola Vlasic is another attacking midfielder, the priorities are questionable.

Koeman had talked about bringing in an out-and-out striker and there have been suggestions that Arsenal’s French forward Olivier Giroud could be a target in January.

But the use of resources echoes, in many ways, the way Tottenham used their windfall after the sale of Gareth Bale to Real Madrid in 2013.

Spurs sold the Welshman for 85 million pounds and used that money to bring in seven players. Most failed to make any sort of impact and only two are still with the club – creative midfielder Christian Eriksen and winger Erik Lamela, who has been out for more than a year with a long-term injury.

Others such as Romanian defender Vlad Chiriches, Spanish forward Roberto Soldado and Brazilian midfielder Paulinho struggled to make an impact.

Spurs have progressed well in recent years, with a young, English core to their team led by Harry Kane and that might be a route that Everton will eventually consider.

Dominic Calvert-Lewin is showing great promise in attack and another member of the England Under-20 World Cup winning team, Ademola Lookman is a 19-year-old forward who has impressed many but has not been given many opportunities since arriving in January.

Tom Davies is a talented hard-working midfielder who has shown he is capable at Premier League level while defenders Mason Holgate and Jonjoe Kenny have promise.

Last season it looked as if Koeman was going the route of blooding young players and complimenting them with some astute signings.

It was an approach that vanished in the flurry of cash over the summer but it might yet still be the best way ahead for Everton.

We’ve not been blamed for collapse of talks, says government