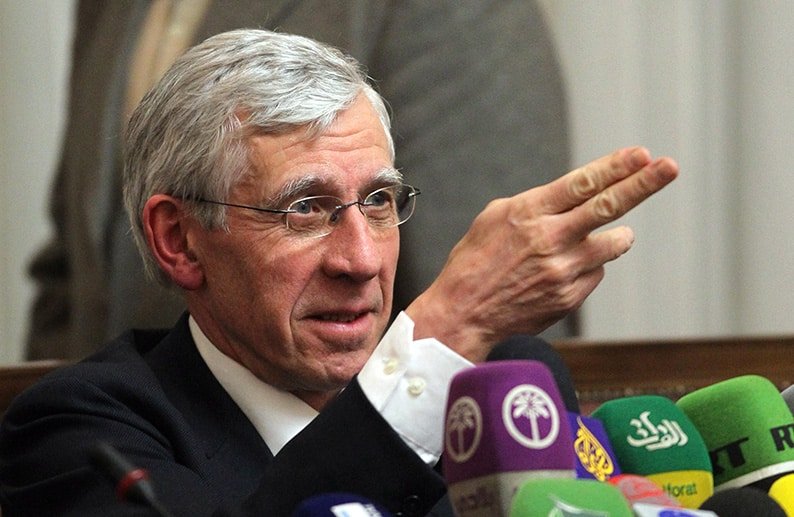 Jack Straw: Partition is better than a 'useless merry-go-round of further negotiations for a settlement that never can be'

A negotiated solution to the Cyprus problem through the creation of a bizonal, bicommunal federation is impossible due to Greek Cypriot intransigence and the only viable alternative is a two-state solution, according to former Britain’s former foreign minister, Jack Straw.

According to an article by Straw in the Independent on Sunday, last July’s international conference on Cyprus in Crans-Montana ended in failure because it “was rejected by the Greek-Cypriot government – as every previous one has been”.

“It is time to end the charade that a negotiated agreement to unite the island with a ‘bizonal, bicommunal’ government will even be possible,” Straw wrote.

“The solution is to partition the island and give international recognition to the Turkish Cypriot state in the north.”

The former secretary from 2001 to 2006 under Prime Minister Tony Blair said that Turkey’s 1974 invasion was a reaction to a coup d’etat by Greece. The coup was described as an invasion by President Makarios himself when he spoke before the United Nations.

“Tens of thousands of Turkish troops have been on the island ever since,” he wrote.

“The Turkish Cypriot north later declared itself ‘The Turkish Republic of Northern Cyprus’ (TRNC) but it lacks any international recognition save by Turkey.”

Allowing that the number of Turkish troops stationed on the island may be considered “an overreaction”, Straw said the UK would have done pretty much the same.

“It’s hard to argue that the Turkish government should simply have sat on their hands,” he said.

“Certainly the UK would not have done, if it had been a British minority under such a threat.”

Several rounds of United Nations-sponsored talks since then, the most important being the 2004 ‘Annan’ plan, have proven fruitless because “the Greek Cypriots had no incentive to sign up to the deal”.

He then went on to argue that the decision to accept Cyprus as an EU member in 2004 regardless of the status of the Cyprus problem was a key missed opportunity and left the Turkish Cypriots in limbo.

“From the Greek Cypriot point of view, conceding political equality with the Turkish Cypriots means giving power away,” Straw said.

“If the quid pro quo had been EU membership, a deal in my view would have been agreed. But absent that, the reality is that however well intentioned, no Greek-Cypriot leader will ever be able to get their electorate behind a deal. The status quo for the south is simply too comfortable.”

It is time, Straw argued, for the international community to acknowledge this reality and recognise the partition of the island.

“That would be far more likely to improve relations between the two communities than continuing the useless merry-go-round of further negotiations for a settlement that never can be,” he said.