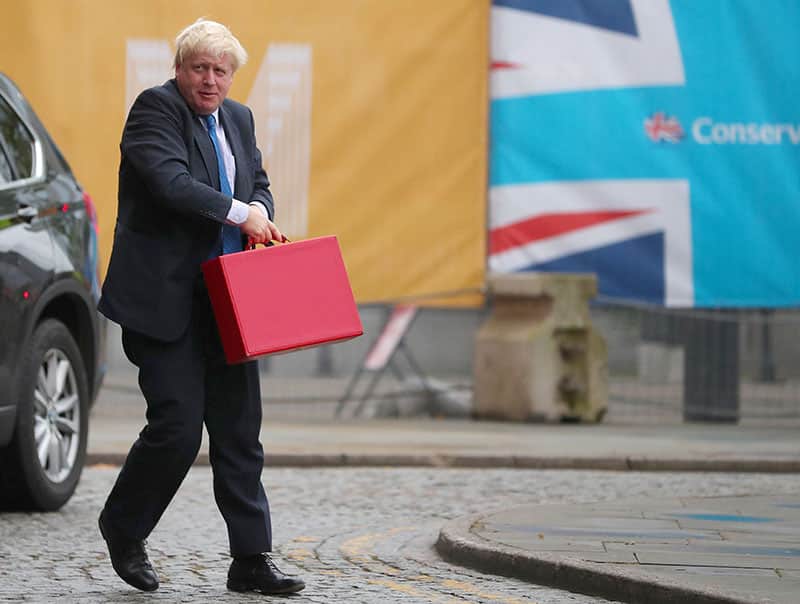 Substantial gains from the Cyprus peace process, which culminated in failure at a Switzerland international conference last July, will be built on and taken forward, British foreign secretary Boris Johnson said on Sunday.

In a speech on the United Kingdom’s post-Brexit relationship with Cyprus to the Conservative Friends of Cyprus at the Conservative party convention in Manchester, Johnson claimed a solution to the decades-old conflict had been within reach at Crans-Montana.

“We have not in the last 12 months achieved quite what I wanted to do,” he said.

“And there was a meeting in the Swiss resort called Crans-Montana where we all tried to get together to resolve the Cyprus problem, and we all went up to about 15,000 metres above sea level, roughly speaking, and we could see the summit figuratively, and indeed, literally.”

But, he noted, not all is lost, despite the failure.

“We skidded back down the black piste a little bit, but not all the way,” he said.

“That is the crucial point. And there were substantial gains made in those conversations which we intend to build on and we intend to take forward.”

Johnson’s remarks came at a time when increased hopes of reviving the stalled talks are slowly replacing the disappointment created by the July failure.

In reference to how the traditionally strong links between Britain and Cyprus might be affected by Brexit, Johnson was able to dismiss any concern and make a risqué joke in the same breath.

“Never mind Brexit, we are going to have a fantastic relationship, partly because of Brexit, of course,” he said.

“I saw the way we have not just tourism developing in leaps and bounds, we have financial services, we are obviously huge importers of Cypriot goods of all kinds. We are getting the ball back over the net because when I was in Cyprus I think I found that Marks & Spencer had opened a shop in Nicosia, as I said, proudly, you can now buy your knickers here.”

The British foreign secretary pledged that the two countries will intensify their trading and political relationships, and “above all we will intensify the deep and lasting friendship that exists between Cyprus and the Conservative Party”.