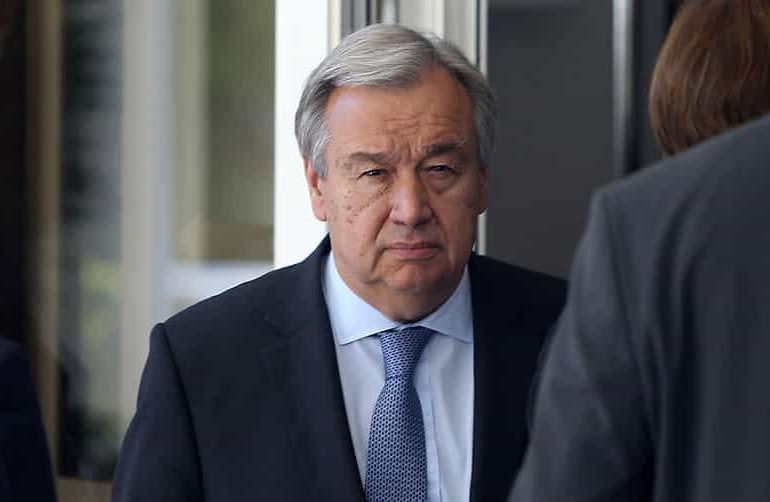 United Nations chief Antonio Guterres’ reference to the guarantee system being unsustainable in his latest report on Cyprus was particularly important, government spokesman Nicos Christodoulides said on Monday, in an attempt to counter mounting criticism over Turkey walking away blameless for the failure in the Conference on Cyprus last July.

An advance copy of the UN secretary-general’s report on its Cyprus good offices mission was leaked over the weekend.

Speaking to state radio, Christodoulides dismissed the claim that the government has failed to expose Turkey as the intransigent party in the Cyprus peace talks, arguing that Guterres was never expected to assign blame to anyone for two reasons.

“Firstly, he didn’t have the role of arbiter in the talks, but of facilitator,” the spokesman said.

“Second, he wanted to keep the prospect of reviving the process alive.”

Still, he added, it was “particularly positive” that the report argued against the existing guarantee system in Cyprus.

“For the first time, the report records the UNSG’s approach that the guarantee system is unsustainable,” Christodoulides said.

“He wants to send the message that, while much has been accomplished, the last and hardest mile in the negotiation must still be overcome, and he remains at the disposal of the sides to continue the effort in the near future.”

On the criticism that Guterres spoke of a “historic opportunity missed” and blamed the failure on the “lack of trust” between the sides, Christodoulides insisted that the party that showed mistrust was Turkey.

“We came very close to a solution to the Cyprus problem, and in the end it was not possible to come to an agreement because of the differences of the two sides in the chapter of security and guarantees,” he said.

“There is not much else to say when the whole world has heard Turkish and Turkish Cypriot officials insist on maintaining the system the UNSG deemed unsustainable.”

In remarks following a National Council session later on Monday, main opposition Akel leader Andros Kyprianou claimed the party’s warnings over the international community’s reaction to the failed talks were vindicated by the report.

“I am sorry to say that, at least to our knowledge, there seems to be no reaction by anyone in the international community – and this, in our view, is linked to what really happened at Crans-Montana,” Kyprianou said, suggesting that the foreign diplomats blamed the Greek Cypriot side for the collapse of the talks.

“This report fully confirms what we have said since the talks failed, for which we have been mocked.”

It is obvious, he added, that Guterres believes that the reason for the failure was a lack of political will “not from Turkey, as we claim, but from the two communities”.

“What the UNSG said in his report was that the guarantor powers went there committed to working for a deal,” Kyprianou said.

“And his view was clear – no intervention rights, no guarantor rights, from Day One. So we must wonder why we were unable to either utilise this view or expose Turkey for what Mr Anastasiades says it insisted on.”

In a news conference, Akel-backed presidential candidate Stavros Malas accused the government of lying through omission.

“Responsibility for the revival of the talks is assigned to the two sides in Cyprus. Instead of being asked to answer for its intransigence, Turkey is fully exonerated.”

According to Malas, Anastasiades failed because, for months, he has been “sitting on the fence, aiming to win the far-right vote”.

“He gives the impression that he doesn’t know what he wants and what he is doing,” Malas said.

“He is exhibiting erratic behaviour.”

Arguing that the Greek Cypriot side’s power lies in international law, Malas said “we must stay focused on what the United Nations are asking for – to resume the talks from where they left off”.