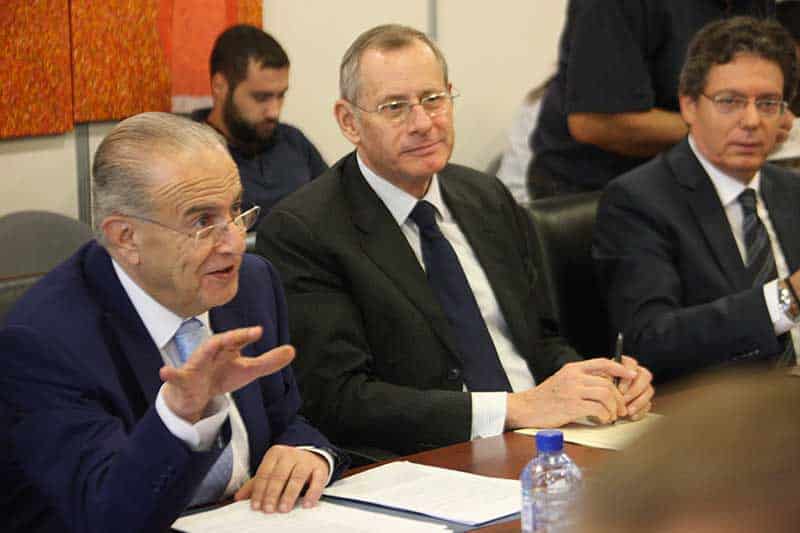 The government will report Turkey to the United Nations for actions aimed at assimilating the northern occupied part of the island, Foreign Minister Ioannis Kasoulides told parliament on Tuesday.

Speaking before the House foreign affairs committee, Kasoulides said a document has been prepared and distributed to the heads of Cyprus’ diplomatic missions to be conveyed to the governments of the countries they serve in.

Cyprus’ permanent representative at the UN will submit the document, which will be distributed to all member states.

The document lists actions undertaken by Turkey, which showed there was a process of assimilation underway.

The foreign minister said one was the transportation of water from the mainland to the north.

Kasoulides said the water was not enough for the north and suggested the whole undertaking smacked of corruption.

The companies that undertook the project appeared to have connections to Turkish President Tayyip Erdogan and were given a monopoly to charge prices that were perhaps higher than before.

There were also plans to do the same with the electricity, the minister told MPs.

The document also included data showing a rise in the number of Turkish settlers through citizenships and strengthening of the Muslim element. There were 300 mosques in operation in the north, 320 religious officials, and religious schools.

Kasoulides said there appeared to be an effort to introduce an Islamic form of education in a community that is clearly secular.

None of the political parties were Islamic, not even the far-right ones, he said.

The document also detailed recent arrests in the north of people suspected to belong to the Gulen movement, led by Turkish preacher Fethullah Gülen, considered by Turkey to be a terrorist organisation.

Earlier this year, Yigit Bulut, an adviser to Erdogan, suggested the northern part of Cyprus was a province of Turkey, sparking outrage among Turkish Cypriots.

A former journalist, Bulut has made headlines in the past for his outrageous claims, including one in 2013 that foreign powers were plotting Erdogan’s murder through telekinesis.

Bulut had said that the international unrecognised Turkish Republic of Northern Cyprus (TRNC) was an overseas province of Turkey.

“It currently has a president, a prime minister, a parliament, and Turkey ends up footing the bill,” he said.

Turkish Cypriot leader Mustafa Akinci’s spokesman Baris Burcu said at the time the claim that “the TRNC is an overseas province of Turkey” hurt Turkish Cypriots and cannot be accepted.

Boris Johnson lauds May, says behind her Brexit stance