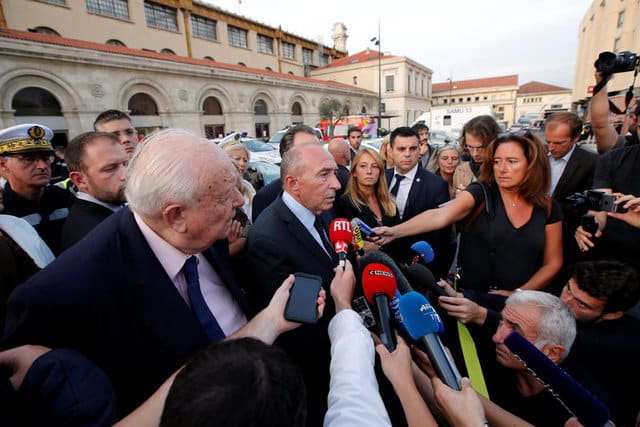 French counter-terrorism investigators questioned five people on Tuesday after police over the weekend found what appeared to be a ready-to-detonate bomb at an apartment building in one of Paris’s poshest neighbourhoods.

Interior Minister Gerard Collomb said one of those arrested was on an intelligence services list of “radicalised” persons – a list that includes the names of potential Islamist militants.

“We are still in a state of war,” Collomb, speaking after a Sunday attack in which a knifeman killed two women in Marseille, told France Inter radio.

Judicial sources said the explosive device included two gas canisters inside the building in the affluent 16th district of western Paris and two outside, some of them doused with petrol and wired to connect to a mobile phone.

It was unclear why the device was planted at the location where it was found as there was no obvious target living there, the judicial sources said.

More than 230 people have been killed in France in attacks by Islamist militants over the past three years. The Islamic State militant group, whose bases in Syria and Iraq are being bombed by French war planes, has urged followers to attack France.

Most of those killed died in attacks by Islamist gunmen and suicide bombers in Paris in 2015 and when a man drove a large truck into crowds in the Riviera resort of Nice in 2016.

Since then, there has been a string of attacks perpetrated by lone assailants, often targeting police or soldiers.

A counter-terrorism investigation is also under way after the attack on Sunday, where a knifeman slit the throat of one of his victims and killed her cousin before being shot dead by soldiers at a train station in the southern port city.

A separate inquiry has been opened to establish why the man, who had been briefly detained by police the day before in the city of Lyon had been released.

France declared a state of emergency in late 2015 after the Paris attack by gunmen and suicide bombers, giving police special search and arrest powers to combat would-be terrorists.

New legislation was due to be put to a vote in parliament on Tuesday to make many of those emergency measures permanent.