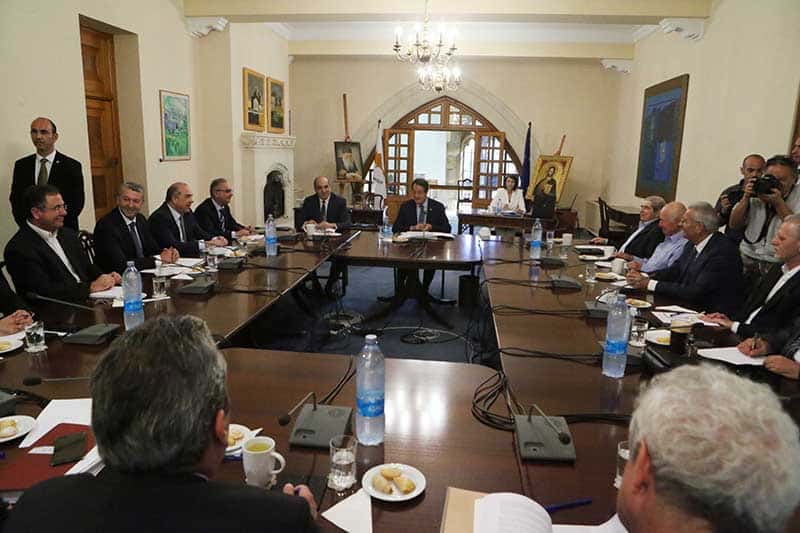 THE UN Secretary-General’s draft report on his good office’s mission has dominated the news since it was leaked at the end of last week. Although it was a draft, to which changes could still be made, neither politicians nor journalists could miss the opportunity to have the Cyprus problem at the centre of public debate, especially after two months when nothing happened apart from the routine exchange of accusations between the two sides.

At least the national council had something to talk about at Monday’s meeting even though it avoided taking a position on the draft report. The council will meet again after the official report is released for a full discussion of the content, it was reported. Strangely, when the party leaders were calling for a council meeting President Anastasiades ignored them and now there will be two meetings in a couple of weeks even though there would be nothing to discuss.

We suspect the president wants to give the impression there is still movement in the Cyprus issue. Once the UNSG’s report is released the national council will meet to discuss the next moves, it was reported. What can these moves be? Will the national council issue a statement attacking Antonio Guterres of bias because he had not endorsed Anastasiades’ version that Turkish intransigence was 100 per cent to blame for the collapse of the process? Edek leader Marinos Sizopoulos said there was a danger Guterres would place responsibility on both sides.

Is there any doubt that this is exactly what he will do? The draft did not suggest he would do anything else and Anastasiades has already accepted this and, according to Monday’s Phileleftheros, was preparing a letter he would send to Guterres. The letter would be a point by point response to everything included in the report, the paper said. In other words, the president would be telling the UNSG that he got things wrong and would set the record straight. The letter would also be sent to all 15 members of the UN Security Council so they would have the correct version of what happened in Crans-Montana, the implication being that Guterres’ report was inaccurate.

Anastasiades knows that sending the letter will achieve nothing but his main concern is his domestic audience, which must be constantly reminded that he had zero blame for the collapse of the process. But no matter how many letters Anastasiades sends, it is very difficult to disagree with Guterres’ conclusion in the report, which blames both sides equally for the collapse. He wrote: “Even if all the core enablers are in place, as they appeared to be in Crans-Montana in late June, I am convinced that the prospects of pushing this process finally ‘over the finishing line’ will remain elusive without the strongest of political will, courage and determination, mutual trust and a readiness on the part of all parties to take calculated risks in the last and most difficult mile of the negotiations.”

Poetry smells of past summers in Cyprus