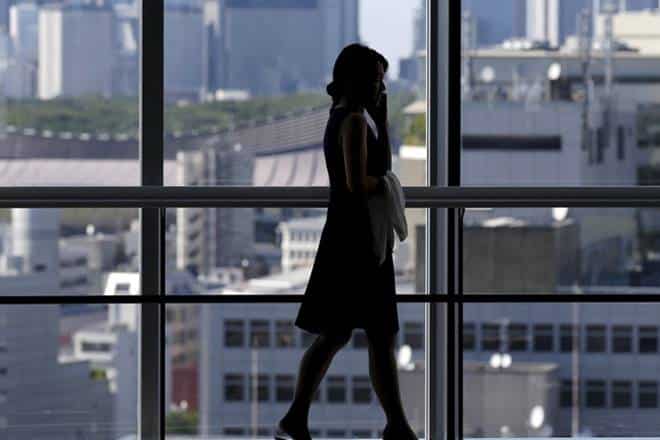 Women in developed countries are now more educated than men, yet they still earn less, are poorly represented in politics, and less likely to join the top ranks in business or become an entrepreneur, a global think-tank said on Wednesday.

From Canada, Japan, Norway to Australia, young women on average earn almost 15 percent less than men, even though they are more educated, said the Paris-based Organisation for Economic Co-operation and Development (OECD).

The gender pay gap has remained stubbornly consistent over the past decade despite better policies for working parents, transparency in workplace pay gaps, and quota systems to boost the number of women on boards and senior roles, OECD said.

“Every country faces its own obstacles to reaching gender equality, and to make a real difference we must change public policies in tandem with stereotypes, attitudes and behaviours,” Angel Gurría, Secretary-General of the OECD said in a statement.

Having to stall careers after childbirth due to inflexible work policies or underlying gender stereotypes, as well as workplace discrimination against women are key factors that prevent women from earning the same as men, the report said.

But most OECD countries surveyed in the report said preventing violence against women was their top priority.

“These inequalities should have long been resolved. There is no reason for women to trail behind men in social, economic, and political outcomes,” Gurría said

“Gender equality is essential for ensuring that men and women can contribute fully at home, at work, and in public life, for the betterment of societies and economies at large,” he added.

If the gender pay gap reduced by a quarter by 2025, could add an extra percentage point to projected economic growth across OECD countries between 2013 and 2025, it said.

The think-tank added that if there was an equal number of female and male entrepreneurs, global GDP could rise by 2 percent, equivalent to about $1.5 trillion.

“In the face of sluggish growth, ageing societies and increasing educational attainment of young women, the economic case for gender equality is clear,” said Gurría.

“We must advance in making gender equality a reality.”

Greece clears extradition of Russian cybercrime suspect to US