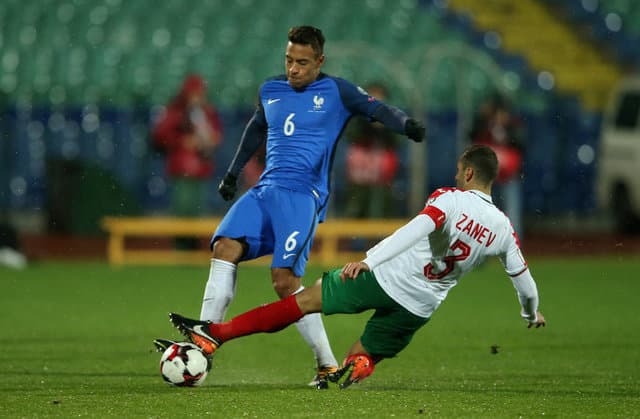 Blaise Matuidi’s early goal was enough to take France to the brink of the World Cup finals as they secured a 1-0 away win against Bulgaria on Saturday.

Les Bleus top Group A with 20 points, one ahead of Sweden who crushed Luxembourg 8-0, and they will qualify directly for next year’s World Cup in Russia if they beat Belarus at home in their final game on Tuesday.

Sweden next travel to the Netherlands.

France are assured of at least a playoff place, with the best eight second-placed teams going through to the two-legged playoffs.

Matuidi struck after three minutes with a fine angled shot and Bulgaria had their best chance denied by Hugo Lloris before halftime.

“It was a complicated game with a lot of fouls and aggression. We did not play a good second half as we did not get an opportunity,” said France coach Didier Deschamps.

“The essential is there but we are able to do better. However, I was confident (that we would qualify for the World Cup) before the game, and I am even more confident now.”

“We knew that Sweden were ahead of us before the start since they played earlier so we knew what we had to do. We did not always play well but we were solid,” added France captain Lloris.

With Kylian Mbappe and Antoine Griezmann in support of Alexandre Lacazette up front but three defensive midfielders behind them, France lacked creativity throughout.

Les Bleus, however, got off to a dream start with Griezmann setting up Matuidi inside the box, allowing the Juventus midfielder to fire home from an acute angle. It was his ninth goal in 59 games for France.

N’Golo Kante limped off the pitch shortly after the half-hour with an apparent thigh injury and was replaced by Adrien Rabiot.

Bulgaria threatened in the 37th minute after some clever play on the right flank but Lloris parried away Georgi Kostadinov’s point-blank-range header with a superb save.

Bulgaria pushed harder in the second half but France were always in control as they snatched their first away win against Bulgaria since 1932.

The victory was the 42nd for Deschamps since he took over the national team from Laurent Blanc in 2012 — the most wins by any France coach.

Greece up to second after win in Cyprus

Are you having a good or bad air day?