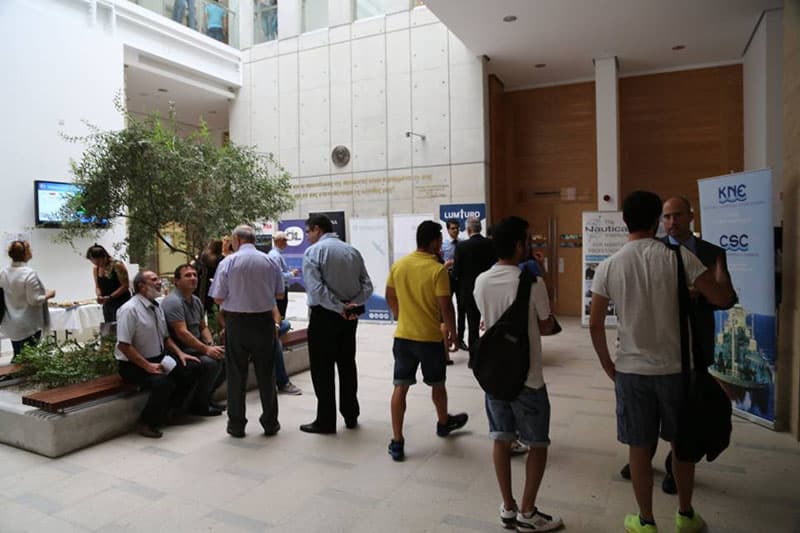 The Maritime Institute of Eastern Mediterranean (Mar.In.E.M.) is a Cyprus based non-profit organisation founded in 2010 with the objective of promoting research, technology, innovation, sustainability and environmental protection as well as education and training within and for the maritime industry.

Mar.In.E.M. is located in Limassol but its activities are not restricted to Cyprus as it cooperates with stakeholders in the Eastern Mediterranean region including the Black Sea, fostering dialogue and synergies on maritime and sea affairs.

In particular, it undertakes strategic actions and initiatives in coherence with relevant EU and national strategies and policies such as the Blue Growth Strategy and the Integrated Maritime Policy of the EU as well as the Smart Specialisation Strategy of Cyprus. Through these actions the institute aims to promote the exchange of knowledge and best practices, the development, transfer and application of advanced technologies, the development of infrastructure as well as the creation of clusters in the maritime sector.

The institute was involved in the creation of academic and training institutions and programmes on the island such as the first maritime academy in Cyprus and the maritime hospitality academy which are both based in Larnaca, the MSc programme in Maritime Technology of the University of Cyprus which will start in September 2018 and the new faculty of Marine Science and Technology of the University of Cyprus to be established in Larnaca.

See also: Training offices for onboard and onshore shipping needs

Moreover, Mar.In.E.M has been participating in a series of EU programmes which fall within its fields of activity. The most important ones are the Lynceus, MEDNET, CoRINThos, BlueNet, PELAGOS, PROteuS, MENTOR and MaRITeC-X projects.

The Lynceus project’s goal is to revolutionise current emergency and ship evacuation practices through the development of innovative real-time systems such as localisable life jackets and smart smoke detectors which incorporate sensors which will contribute to the early localisation and rescue of people in danger located on a ship or at sea. Due to its success, the project continued and evolved into Lynceus2market (L2M) aiming to improve and optimise the technologies and prototypes that have been already developed in the first phase.

MEDNET aims to simplify the custom and clearance procedures through the establishment and operation of a network of port authorities and transport experts in the Mediterranean which will facilitate the exchange of knowledge and expertise.

The CoRINThos project tackles research and development gaps and encourages maritime clusters at national and transnational level. It will also provide recommendations to policy makers and contribute to the development of future pilot projects that foster Blue Economy as a whole.

BlueNet’s objective is the setting up of a database which will provide information on cooperation, networking and synergy opportunities for centres and industrial clusters in the Mediterranean and Black Sea regions.

PELAGOS seeks to enhance the innovation capacities and encourage cooperation between actors in marine renewable energy sectors in Mediterranean coasts and islands.

PROteuS aims at the establishment of a Mediterranean maritime surveillance cluster which will enhance innovation and research and development capacities among maritime surveillance actors involved in the project. At the same time, it will also encourage knowledge and technology transfer as well as cooperation with regards to the development and improvement of security and safety mechanisms.

Via the MENTOR project a career centre in the region will be created. This Centre fosters dialogue between various stakeholders and encourages the joint development and implementation of measures to close the skills gap, tackle unemployment and introduce blue professions to young people.

The fundamental objective of the MaRITeC-X project is the creation of a marine and maritime research, innovation and technology centre of excellence in Cyprus. In other words, this centre will foster scientific and business excellence in Blue Economy sectors with comparative advantages for the Cypriot economy such as the ones of maritime transport, coastal and marine tourism and aquaculture, including emerging ones with great growth potential such as the energy sector. In particular, the centre will promote partnerships and synergies between top institutions and businesses in the Eastern Mediterranean region.

See also:  Seeking growth in stormy waters, ‘We compete with other countries not each other’,
A history of forward planning, Strong maritime cluster helps keep island on the shipping map  , Smart ships set to revolutionise industry

Training officers for onboard and onshore shipping needs