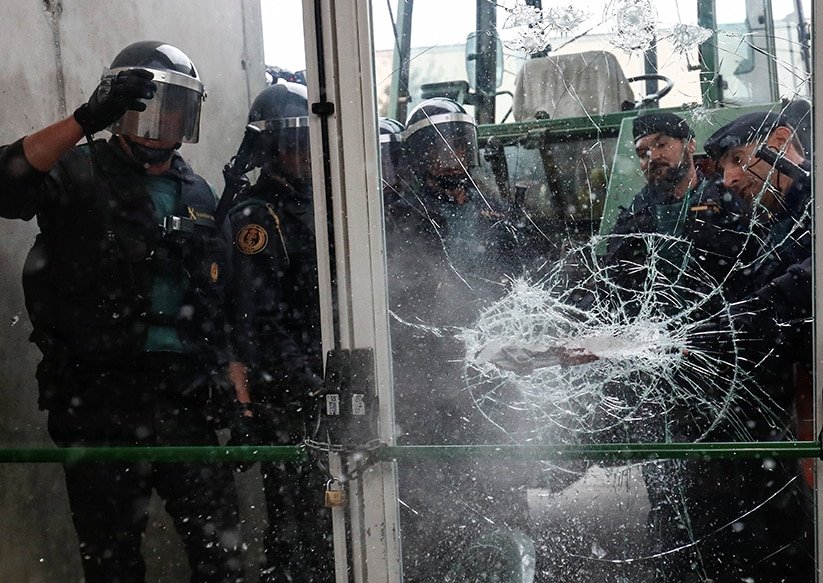 Within a space of one week two referendums for independence were organised in two different parts of the world. One on September 25 in the Kurdish region of Iraq in west Asia and the second on October 1 in Catalonia in Spain, southern Europe.

As expected both produced overwhelming results in favour of independence; namely, secession from Iraq for the Iraqi Kurds and the establishment of an independent Catalonia. Both showed over 90 per cent support for independence.

Predictably the reaction of both the Iraqi and Spanish central governments was negative, albeit with one major difference. Whilst the response from Baghdad, though hostile, has remained largely rhetorical thus far, the reaction of the Spanish government, a full member of the European Union, has involved the use of violence against its own people. TV screens around the world have broadcast scenes of Spanish police using violent means against peaceful citizens casting their votes. One is left bewildered by the difference in the response of the two governments, one Middle Eastern and the other European.

Though a watershed in the history of both communities the referendums should not be viewed as a fait accompli in the political developments in West Asia or in Europe. Rather they should be treated as an important step in the aspirations of ethnic groups for greater participation at the federal level and for a wider recognition of their distinct ethnic identity. The European Union is particularly being watched by the people and governments around the globe for its response to these events and whether or not it will apply the same standards.

Kurds are dispersed across four countries, Turkey, Iraq, Syria and Iran. Out of the four Iran has the greatest affinity with the Kurds. They come from the same ethnic backgrounds, their languages also share common roots, they celebrate the same New Year, Norooz, and generally there is much in common historically and culturally that binds them together. There is also an overlap in mythology that cements that bond. In short Kurds as much Iranian as Persians are.

However, the question here is the dangerous path that a fully independent Kurdistan in Iraq will inevitably have to take. It will have to provide support, at least verbal, to separatist Kurds in southern Turkey, whose gloomy treatment by Ankara over the years has fanned the flame of separation there. It is not hard to imagine how Turkey would respond to that. The Kurds in Turkey would be the first victims of the violence that will inevitably ensue with no end in sight. The government in Baghdad may then feel compelled, albeit reluctantly, to engage its own military to preempt any Turkish attacks against Iraqi Kurdistan.

All of which renders the intervention of Grand Ayatollah Sistani, the supreme religious leader of Iraqi Shi’ites, but also with huge following outside of Iraq, all the more important. He has called for a dialogue between the Iraqi Kurdistan authorities and the Iraqi central government to find a solution through dialogue. The leader of the Iraqi Kurds, Masoud Barzani, appears to have welcomed the message, which also seems to sit well with the Iraqi Prime Minister, Haidar Al-Abadi.

Madrid must follow suit. You cannot stifle people’s aspiration through violence forever. Perhaps a looser decentralised system could placate some of the more radical nationalists in Catalonia with the promise of another referendum down the line, where greater expression of ethnic identity at the central government level may work to alter people’s attitudes and minds.

Condemnation and homage to Catalonia