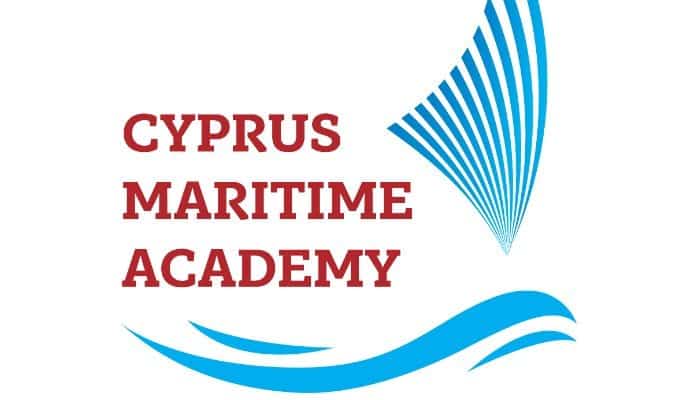 The Cyprus Maritime Academy was launched by Intercollege under the umbrella of the University of Nicosia in 2016 to encourage more people into the booming shipping industry both onboard and on land as so far few of the 4,500 employees in the Cyprus onshore shipping industry and 55,000 seafarers who are employed by ship management companies based in Cyprus are Cypriots.

It is unique in its approach, making the most of the input from the industry, while offering not only a Bachelor degree but also a secure and well-paid job at the end of the four-year course.
“The major players of the Cyprus maritime industry are members of the academy’s board of governors,” Executive Director of

Intercollege Stelios Mavromoustakos explained, “and though we are not bound to do what they say we follow their advice.”

One piece of advice so far taken on board is that students should not wait until late in their studies to spend time working on a ship as is the case in many other academies.

The experience on board is for many the hardest part of the course and a reason why many drop out of their maritime studies, so the Larnaca-based institute has the first two-month stint on board after the first year as a filtering process.

Together with their academic performance, this ensures that only those who are up to it go on to the second year. The attrition rate in most tertiary institution programmes is high, about 30 to 40 per cent, and the same is expected at the academy.

Because of this, industries are not willing to invest before the cadets start their second year. From then on, however, students can apply to receive 65 per cent of their tuition, around €18,000.

As the ships where students are trained are usually not docked in Limassol but may be anywhere in the world, the student’ fare to the vessel is also paid for. Last but not least, they also have a job after the successful completion of their studies. The cadets are required to work onboard one of the ‘adopting’ company’s ships for a period of three years.

During this time, a small amount will be deducted from their pay on a monthly basis, which will go towards the repayment of the financial support provided to them during their studies.

This can be a dream job, but is not for everyone.

“These are professions than can assure the future of any young person with high rewards, with the possibility to visit many places and meet different cultures and people, but they are for people with a strong will and character to manage the challenges of this unique industry,” the director concluded.

The academy offers three maritime programmes, all of which last for four years, including one year training on board a ship. After the initial two-month internship another two, each five months long, follow in years 2 and 4.

The first course on offer is the Nautical Science programme aimed at training officers on merchant ships. The deck’s department officers are responsible for the navigation, maneuvering and safe handling of the ship, communications between ship and shore, the handling and delivery of cargo, and the operation of lifesaving devices.

Upon completion of the study in Marine Engineering, the second course offered, graduates can get jobs as engine officers. These officers, under the orders of the chief engineer, are responsible for the proper running, maintenance and repair, where needed, of the mechanical and electrical installations of the ship.

Graduates of the third programme, Marine Electro-technology, can work as electrotechnical officers. Most modern ships are controlled or monitored by electronic systems, automation and computers, therefore experienced and highly skilled technicians are needed for their operation and proper maintenance.

The electrotechnical officer is responsible for the maintenance and repair of all electrical and electronic equipment, installations and machinery. This also includes radiocommunications and electronic navigation aids.

In addition to these programmes, the hospitality students who study at Intercollege Larnaca can complete their internship on a ship instead of at a hotel. For this they receive a €1,200 to €1,400 as compensation and after their studies are qualified to work in hospitality-related jobs on cruise ships as well as in hotels.

See also: Seeking growth in stormy waters, ‘We compete with other countries not each other’,
A history of forward planning, Strong maritime cluster helps keep island on the shipping map