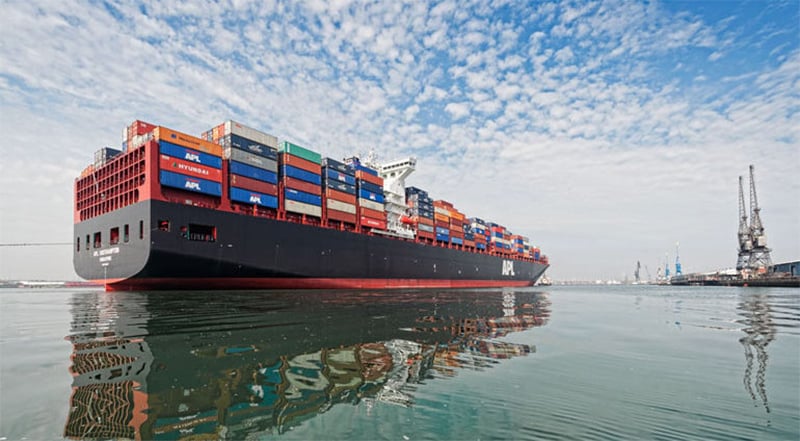 Shipping is the unsung hero of the Cyprus economy. The big success story that seeks no attention or publicity and demands no assistance from the state as it grows and flourishes. It is an object lesson of what could be achieved by capable and committed professionals when there is no interference in their work by politicians, state bureaucrats and trade unions as is the case in all other major sectors of the economy, the growth of which is stalled by these meddling, self-serving groups.

How the shipping sector has managed to evade their suffocating, often destructive, attention is an achievement in itself, supported by the results. Shipping, which accounts for 7 per cent of Cyprus’ GDP (about €1 billion), continued on its growth path through the recession years. Cyprus is now the biggest third-party ship management centre in the EU, its ship register is the third largest of the EU, it has the 11th largest fleet globally and 5 per cent of the world’s fleet is managed from Cyprus.

In numbers, close to 1,700 ships with a gross tonnage of 23.1 million are registered under the Cyprus flag and 2,500 ocean-going vessels with a gross tonnage of 56 million are managed and monitored by Cyprus-based ship management companies. Shipping companies, which are concentrated in Limassol, employ some 4,500 people onshore while 55,000 seafarers serve on board Cyprus-managed ships.
The Cyprus Shipping Chamber (CSC), made up of representatives of the industry, and the Department of Merchant Shipping (DMS), which is under the authority of the Ministry of Transport, operate in close co-operation. The DMS, in stark contrast to most other government departments that apply the brakes on businesses through their bureaucratic procedures, offers 24/7 support to shipping companies, promptly reacting to emergencies.

Speaking at an investor’s conference in Limassol last month, Captain Eberhard Koch, a member of the CSC and Chairman of Limassol-based Oesterreichischer Lloyd Shipping Group, praised the service provided by the DMS. He said: “One feels the added value to shipping from the expedient and professional reply time of the DMS on a 24/7/365 basis. It balances shipowners’ and shipping demands for expertise against Class and Port State control.” Such high praise for a government department from a member of the business community is very rare indeed. It shows that it is possible for government departments to support businesses rather than place obstacles in their way, and offer a good service.
There are now plans to establish an Under-Secretariat for Shipping, the relevant bill awaiting the approval of the House of Representatives. CSC Director General, Thomas Kazakos while acknowledging that the DMS was “a very sound department,” believes the establishment of an Under-Secretariat would make it “more efficient, more autonomous, more flexible, and more business-minded”.

Unlike other sectors of the economy that regularly complain about the way state bureaucracy was placing obstacles in the way of business and discouraging foreign investment, shipping is unique in that it has an efficiently productive working relationship with the government. This was highlighted by Captain Koch, who said: “Laws, regulations, systems and infrastructures are all continuously enhanced with a very strong, reliable and very active communication and relationships between the government and the shipping community. So much so we enjoy an amazingly close and trusting co-operation whereby regular meetings are held and views exchanged with the minister.”

The smooth co-operation between the industry and the state services has played a big part in success of the sector but the role of the CSC, in ensuring the good reputation of the Cyprus flag and turning the island into a major shipping hub, cannot be underestimated. It was set up in 1989 by 17 shipping companies and now has more than 200 members that represent 25 per cent of the EU fleet. In the same year, the first Maritime Cyprus Conference, now a biennial fixture, was held. Today, the Maritime Cyprus 2017 Conference – the 15th – opens in Limassol and will host members of the shipping community from all over the world. Most probably, it will not draw much attention locally, because shipping is largely ignored.

This is one of the main reasons for shipping sector’s spectacular success. Not having to deal with meddling politicians and bureaucrats. it has been left free to grow and thrive. It is an example of what can be achieved by private initiative with the positive support of the state services.

Tales from the coffeeshop: Force for good failing to practise what he preaches

Ancient sites in north ‘at risk’