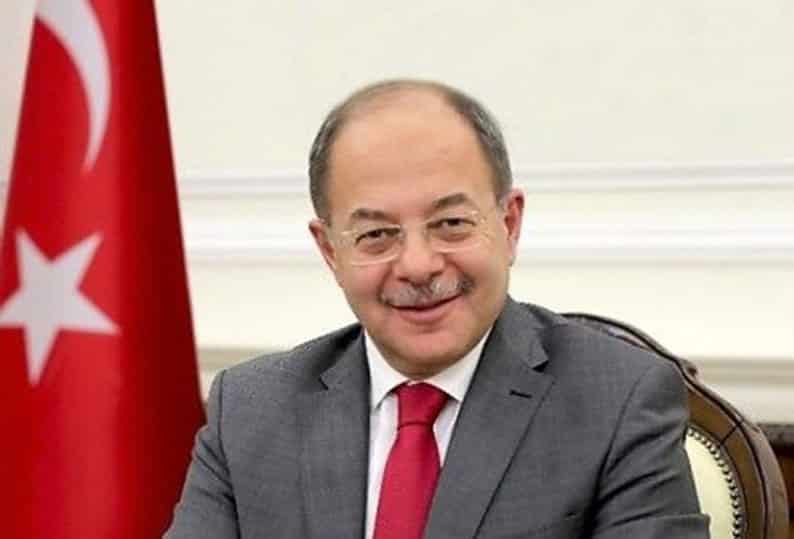 The request for Turkey to annex the Turkish-held part of Cyprus is on the table, Turkey’s deputy Prime Minister Recep Akdag said on Monday, commenting on remarks last week by so-called foreign minister in the north Tahsin Ertugruloglu.

The Turkish deputy PM said the idea is something that “can be done”.

“Turkey and the [breakaway regime in the north] will sit down and make a political decision on the basis of this idea and others,” he said.

“The water is brought to the municipalities, and as happens in Turkey it is distributed to the public,” he said.

“A large part of the infrastructure is not very good and in need of renovation work, which we are currently working on jointly.”

The excess water brought to Cyprus, he added, will be used to irrigate areas like Morphou and Mesaoria.

“The programme will run indefinitely and there is no issue of disrupting supply,” Akdag said.

“And if there is a deal with the Greek Cypriot sector in the south they can use it, too. The water they drink isn’t good, either, so if there is a solution [to the Cyprus problem] then why not?”

The same, Akdag said, applies to the electricity they intend to supply the north with.

Government spokesman Nicos Christodoulides dismissed Akdag’s remarks, saying that over the past week “we have heard remarks by Messrs Akinci, Ertugruloglu, Cavusoglu, and now Akdag, that, if we were to compare them, we would see they are not moving in the same direction, and this is a clear indication of why we had no result at Crans Montana.”

“There is no clear focus on a goal on the Turkish side,” he said.

“But what’s important is that the international community has sent a clear message that there can be no solutions outside the framework of what is being discussed at the negotiations.”

Asked where President Nicos Anastasiades’ certainty of a new initiative in the Cyprus problem talks after January’s presidential election comes from, Christodoulides said the president has expressed “our side’s readiness to resume the dialogue to the UN secretary-general and the permanent members of the security council”.

“Turkey’s reaction, that they do not favour a resumption of the process at this time and point to the period right after the election, is what drives the conclusion: the stance of the side that is refusing to come to the table now,” he said.

Meanwhile, Anastasiades plans to discuss the issue of the north’s decision to slap tariffs on humanitarian aid sent weekly by the Cyprus government to Greek Cypriots and Maronites in the north.

“They agreed that, over dinner at the European Council on Thursday, the president will brief his counterparts, and specific action on the European Union’s part may be discussed,” he said.

“The priority for us is to make sure that by the end of this week all the aid our enclaved received before this unacceptable measure was introduced is received.”

Asked on the likelihood of persuading the European Union to take action, the spokesman said “everyone understands the need to overturn this decision, and we will work in this direction”.

‘Ball in your court,’ May tells EU