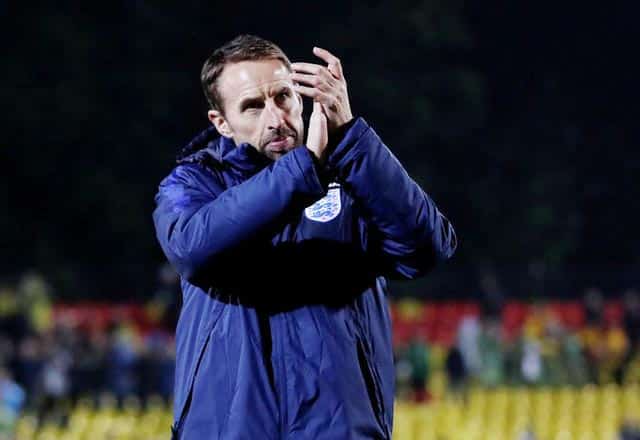 England have qualified for their sixth consecutive World Cup finals but Sunday’s 1-0 victory in Lithuania merely underlined the problems they face if they are to make an impression on the big stage in Russia next year.

They may have topped Group F undefeated, but for the fourth qualifying match in succession Gareth Southgate’s side lacked the creative spark that sides such as Germany, Spain and Belgium boast in abundance.

Their goal tally of 18 from 10 games in a group containing Lithuania and Malta — ranked 120th and 191st respectively in FIFA’s rankings — is hardly prolific.

In their final four games they managed eight goals, although three of those came after the 85th-minute against the tiring part-timers of Malta.

A shaky 2-1 home victory against Slovakia followed before Thursday’s fortunate stoppage time 1-0 win over Slovenia in a soporific encounter at Wembley. Sunday’s drab 1-0 win in Lithuania was secured by Harry Kane’s first-half penalty.

Kane has scored five of his country’s 18 qualifying goals but while the Tottenham Hotspur striker has established himself as one of Europe’s most-feared goalscorers, he is feeding off of scraps for England for whom the words “toil, laboured and uninspired” have become watchwords in the media.

A look around the other qualifying groups emphasises the disparity between England’s potency and that of the European teams they will join in Russia next year.

Germany racked up 42 goals in 10 games, Poland managed 28 and Spain bagged 35 with one match to play. Belgium, who also have one game to play, hit the net 39 times. Portugal, who may not even win their group, have 30 from nine games.

Against Slovenia, England played with two holding midfielders in Eric Dier and Jordan Henderson and spent most of the match passing around in harmless areas — a common criticism throughout the campaign which also included a last-ditch win in Slovakia and a 2-2 draw in Scotland courtesy of another late show by Kane.

Southgate spoke of lack of quality in the final third on Sunday when even two of England’s great hopes Dele Alli and Marcus Rashford failed to shine against modest opposition.

He is hardly over-stocked with players who can bring something different to the party, however, which is why Arsenal’s Jack Wilshere has been talked up without him even being involved in the squad of late.

Former England manager Glenn Hoddle suggested Southgate will have to change England’s style to a counter-attacking one.

“They struggle to break teams down,” he told ITV Sport. “They might have to sit back and invite teams on because England so have players who can be dangerous when given some space.”

Giggs said too many players retreat into their shells when they pull on the England shirt.

“They should just go and do what they do for their clubs,” he said.

“Players like Dele Alli and Rashford are exciting but something is missing when they wear the England shirt. You score goals by taking risks.”