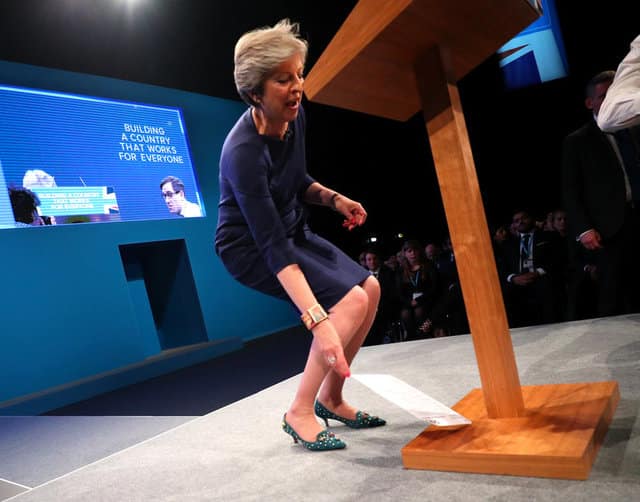 European Union negotiators see no big breakthrough in a new round of Brexit talks from Monday nor when Theresa May attends a summit next week, yet leaders could offer the beleaguered British prime minister a hand, EU officials believe.

Underlining low expectations, negotiations starting late on Monday in Brussels have a thin schedule; unlike four previous rounds, British Brexit Secretary David Davis is not expected at the start but only at a final news conference with EU negotiator Michel Barnier on Thursday. Wednesday is blank on the timetable.

That bodes ill for the “miracles” on key divorce issues that Barnier’s boss says are needed for May’s 27 fellow EU leaders to agree to open the talks she wants on a post-Brexit free trade pact when they all meet in Brussels next Thursday and Friday.

The prime minister revived an increasingly sour dialogue two weeks ago by offering concessions in a speech in Florence. But talks that followed left big gaps on three core issues on which the EU demands “significant progress” before Barnier can so much as mention what happens after Britain leaves in 18 months time.

Yet such is the opposition to compromise that May faces within her own party that many EU diplomats think leaders could give her some hope at the summit to help her face down calls for Britain to simply walk out without a deal – an eventuality that the Europeans are nonetheless preparing for.

“My guess is the leaders will try to find some positive elements,” one senior diplomat told Reuters, saying May could be offered hope of a “landing zone” for accords to let the next scheduled summit, in mid-December, approve trade talks.

This week could see further movement on agreeing rights for expatriate citizens, where the role of EU judges is in dispute. But few see much movement on the Irish land border or on by far the toughest issue: how much Britain pays on leaving.

Not one of over a dozen senior EU officials and diplomats who spoke to Reuters expect next week’s summit to launch talks on future trade, few rule out that May’s counterparts may give her some assurance of doing so soon – and even offer some limited exploration of the transition period she has asked for.

“She is in a difficult situation, if she goes out there and there is nothing tangible on our side,” a senior EU official said, saying governments wanted to keep up momentum for a deal that would avoid legal chaos across Europe. “We’ll try to be neutral, maybe even offer an encouraging line to stay engaged.”

Nonetheless, governments are extremely wary of any attempt by British negotiators to divide their hitherto solid display of unity and will be anxious not to appear to be going soft on May, despite some sympathy for the domestic balancing act she faces.

On Friday, envoys from many of the 27 including heavyweights Germany and France opposed suggestions from negotiators that they might start some preliminary discussion of what exactly will happen in the transition period immediately after Brexit.

“This situation is not a reason for the Commission to loosen its guidelines,” a senior official from a big EU power said of May’s domestic woes. “I believe she really wants a deal but we can’t alter our negotiating stance because of that.”

Nonetheless, several diplomats said leaders could soften the stance on transition talks by next week. Leaders say they will not negotiate directly with May and want to channel everything through Barnier. But May’s powerful peers may find it hard to sit back and watch her fail, provoking further British turmoil.

“The leaders want to lead, they want to make history,” said another senior EU diplomat who said the summiteers could break next week from the advice of their own officials. “Who can say that they won’t just say, ‘OK, let’s just get on with it’?”