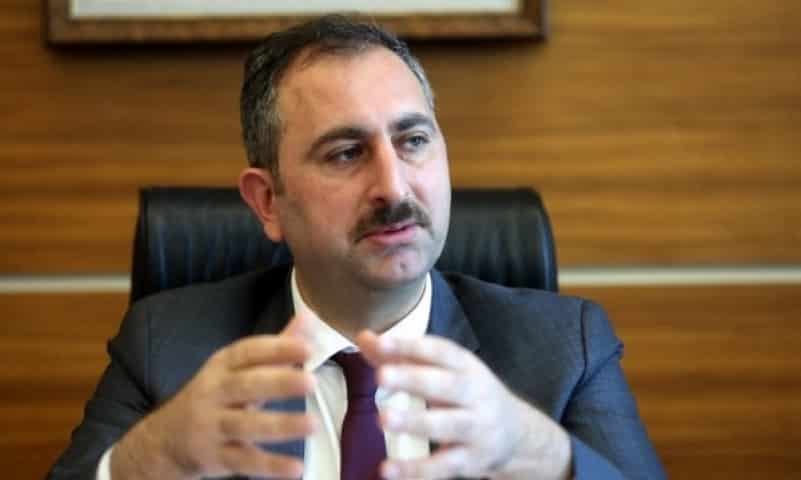 Turkey urged the United States on Monday to review its suspension of visa services after the arrest of a US consulate employee sharply escalated tensions between the two Nato allies and drove Turkey’s currency and stocks lower.

Relations between Ankara and Washington have been plagued by disputes over US support for Kurdish fighters in Syria, Turkey’s calls for the extradition of a US-based cleric and the indictment of a Turkish former minister in a US court.

But last week’s arrest of a Turkish employee of the US consulate in Istanbul marked a fresh low. Turkey said the employee had links to US-based Muslim cleric Fethullah Gulen, blamed by Ankara for a failed military coup in July 2016.

The US embassy in Ankara condemned those charges as baseless and announced on Sunday night it was halting all non-immigrant visa services in Turkey while it reassessed Turkey’s commitment to the security of its missions and staff.

Within hours, Ankara announced it was taking the same measures against US citizens seeking visas for Turkey.

On Monday the Turkish foreign ministry summoned a US diplomat to urge the United States to lift the visa suspension, saying it was causing “unnecessary tensions”.

Justice Minister Abdulhamit Gul said that if Washington had serious security concerns about its missions in Turkey, steps would be taken to address them.

“But if it’s an issue regarding the arrest of the consulate employee, then this is a decision the Turkish judiciary has made,” Gul told A Haber television. “Trying a Turkish citizen for a crime committed in Turkey is our right.”

State-run Anadolu news agency said another US consulate worker had been summoned to testify over his wife and daughter’s suspected links to Gulen – which it said had emerged during the questioning of Metin Topuz, the employee arrested last week.

The diplomatic spat spooked investors. The lira dropped 3.4 per cent and stood at 3.7385 against the dollar after being quoted overnight as touching a level of 3.9223.

The central bank said it was following developments closely.

Turkey’s leading business association, Tusiad, warned that the dispute would harm bilateral economic, social and cultural ties, and called for disagreements to be settled calmly.

The dispute with the United States coincides with deep strains in Turkey’s relations with Germany, another key ally, and with Turkish military activity at the Syrian and Iraqi borders, though their market impact has so far been limited.

US-Turkish tensions have risen in recent months over US military support for Kurdish YPG fighters in Syria, considered by Ankara to be an extension of the banned PKK which has waged an insurgency for three decades in southeast Turkey.

Turkey has also pressed, so far in vain, for the United States to extradite Muslim cleric Fethullah Gulen, viewed in Ankara as the mastermind behind the failed coup in which more than 240 people were killed. Gulen denies any involvement.

Friction with the United States has also arisen from the indictment last month by a US court of Turkey’s former economy minister Zafer Caglayan, charged with conspiring to violate US sanctions on Iran.

Sinan Ulgen, an analyst and former Turkish diplomat, said those underlying disputes had created a crisis of confidence which made this latest fallout particularly bitter.

“This harshness is a result of a build-up,” he said. “We should not consider this as solely a reaction to the detentions of consulate employees”.