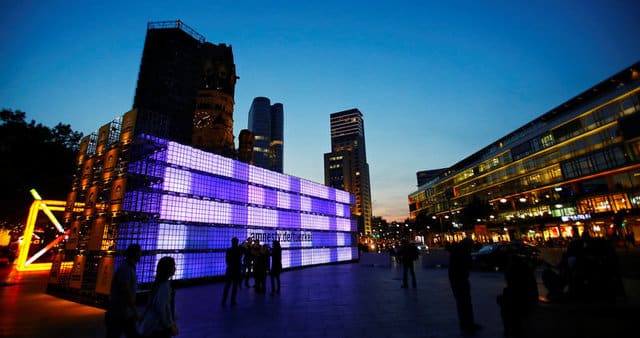 A Turkish prosecutor has called for jail sentences of up to 15 years on terrorism charges for a group of rights activists including the local head of Amnesty International, Amnesty said.

The detention in July of the activists, who also include a German and Swedish national, deepened tensions between Ankara and European Union leaders who fear that Turkey is sliding towards greater authoritarianism under President Tayyip Erdogan.

They were held after attending a workshop on digital security on an island off Istanbul. Eight of them have been held since then, accused of being members of and aiding an “armed terrorist organization”.

“This indictment is little more than a tawdry patchwork of innuendo and untruths and is itself a damning indictment of the flaws in Turkey’s justice system,” John Dalhuisen, Amnesty International’s Europe Director said in a statement.

“The court must reject it in its entirety and ensure that our friends and colleagues are immediately and unconditionally released.”

Shortly after they were detained Germany said it was reviewing applications for arms projects from Turkey. A minister in Berlin compared Ankara’s behaviour over the detention of the activists to the authoritarian former communist East Germany.

“The demand for up to 15 years in prison is totally incomprehensible to us and not acceptable,” Gabriel said in a statement, adding Berlin had got in touch with the Turkish government about the matter.

They have now been officially charged by an indictment, the first step in court proceedings.

“We are doing all we can to bring the jailed German citizens, including Peter Steudtner, back to Germany,” said Gabriel.

Erdogan’s government says EU critics of the case, and of the wider crackdown in Turkey following last year’s failed military coup in which more than 240 people were killed, do not understand the scale of the security challenges facing Turkey.

More than 50,000 people have been detained since the failed coup and 150,000 people, including teachers, academics and lawyers, have been suspended from their jobs.

Pence walks out of NFL game after players kneel during anthem