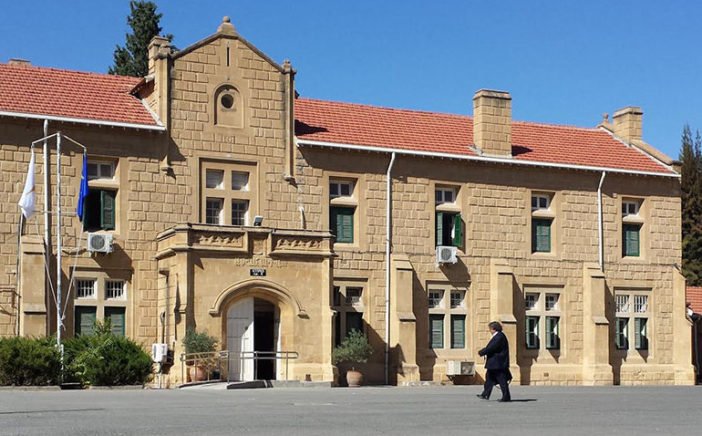 The Republic of Cyprus will object to the application of Hermitage Capital founder Bill Browder for an emergency injunction filed at the Nicosia District Court requesting the termination of the cooperation of Cypriot legal authorities with Russia in an investigation against the investor-turned-activist, Minister of Justice Ionas Nicolaou said on Tuesday.

In a statement, Nicolaou said that the ministry decided to temporarily suspend a police investigation in response to a request for legal assistance submitted by the office of Russia’s Prosecutor General Yuri Chaika into the activities of Cypriot subsidiaries of Hermitage, “respecting the judicial procedure”, and informed Russian investigators about the decision, which apparently surprised Moscow.

Browder resorted to Cypriot justice requesting the termination of the investigation into the sale of Gazprom shares held by the Cypriot subsidiaries of Hermitage –roughly a decade ago– on the grounds that the probe is politically motivated. The case, known after Russian lawyer Sergey Magnitsky who exposed a $230m (€196m) tax fraud, has blemished Russia’s reputation.

Interpol repeatedly denied Russia’s request related to the Magnitsky case and the Council of Europe’s parliamentary assembly asked member states three years ago to deny cooperation with Russia in this area and follow the example of the US which five years ago adopted targeted actions against individuals implicated in Magnitsky’s death. Magnitsky died in 2009 in a Russian prison after the police officers he implicated in the case arrested him, tortured him and deprived him of medical care while in custody.

In his statement, Nicolaou said that his ministry has not stopped cooperation with Russian authorities, nor has there been any interference by anyone with regard to the decision to postpone the arrival of Russian investigators to the island pending the conclusion of ongoing court proceedings.

He was responding to a statement by the Russian Foreign Ministry earlier in the day, according to which “Moscow was surprised by the decision of Cyprus to stop cooperation with the Russian Prosecutor General’s Office on a criminal case concerning operations with shares of Gazprom, where one of the defendants is William Browder”.

Browder is a British financier and investor who was successful in convincing the US Congress in passing legislation against Russian officials implicated in Magnitsky’s death.

Complaining that a delegation of Russian investigators was “refused admission” per “earlier-agreed terms”, the Russian ministry said the reason given was Browder’s appeal to Cypriot courts, in which he claims that the investigation is “tainted by political motivations”.

On October 4, Nicosia District Court judge Ioannis Ioannides gave lawyer Andreas Christoforou who represents the Ministry of Justice and Attorney General Costas Clerides a deadline until November 6 to decide whether he will file a complementary objection to the application submitted by Brower and his associate Ivan Cherkasov.

“We have serious doubts on the lawfulness of such a decision,” the Russian statement said. “These actions by the Cypriot partners are at odds with the level and nature of our bilateral intergovernmental relations, which throughout their history have been characterised by a high degree of trust and mutual support”.

Attorney General Costas Clerides declined to comment and referred to the Ministry of Justice.

Russia is Cyprus’s top commercial partner. Russians make up roughly one third of all incoming tourists for Cyprus’s tourism industry which accounts directly or indirectly a quarter of the island’s economy. Cyprus is also Russia’s largest source of incoming foreign direct investment, thanks to Russian-owned companies headquartered on the island which are also a major source of revenue for the Cypriot business services sector, comprised mainly of law and accounting firms.

President Nicos Anastasiades is scheduled to visit Moscow later this month. Two years ago, Cypriot policemen raided the office of Browder’s lawyers accompanied by Russian investigators. The Cypriot police sent in August a questionnaire to the Georgiades and Pelides law firm requesting information about the activities of the Hermitage Capital subsidiaries.

The Russian ministry expressed hope that “attempts to politicise the investigation of criminal cases will end”.

The Cypriot Justice Minister said that “respecting the judicial process and not wishing to pre-empt the verdict on the issues raised, and given that such appeals are adjudicated promptly, decided to suspend, for the time being and until the case has been heard, the execution of the request, and informed the Russian investigators accordingly”.

“This can under no circumstances be considered stopping our cooperation with the Russian authorities with regard to this case, which will resume once the appeal proceedings are concluded.”

The minister added that there has been no interference by anyone with regard to the issuing of the temporary suspension, which was solely aimed at not obstructing justice.

Christos Pourgourides, the lawyer currently representing Browder and Cherkasov and a former deputy of Disy to which Anastasiades, said that the Justice Minister’s reaction did not surprise him.

“I did not expect any different reaction from a Cypriot Minister after the reaction of the Russian Foreign Ministry,” he said in an interview.

On September 21, Browder said that he would feel unsafe to travel to Cyprus as the Cypriot police would act as a division of the Russian police.