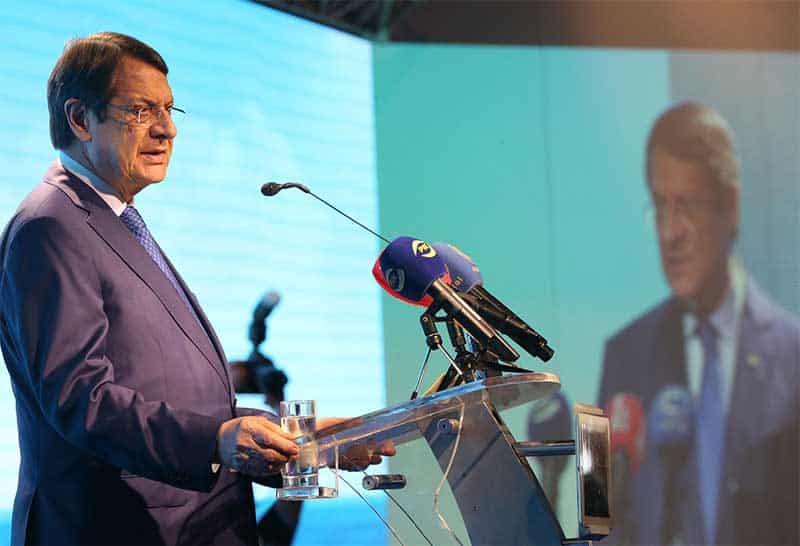 President Nicos Anastasiades and Diko leader Nicolas Papadopoulos are the favourites for first and second place in the first round of January’s presidential elections, going head-to-head in the run-off a week later, according to a poll presented by Sigma TV on Tuesday night.

The poll said first-round voting would net incumbent Anastasiades 31.7 per cent and Papadopoulos 23.1 per cent, with Akel-backed Stavros Malas coming in third with 17 per cent and the Citizens Alliance’s Yiorgos Lillikas fourth with 5.1 per cent.

This contradicted respondents’ expectations of which pair would make it to the second round, where the Anastasiades-Malas duo came first with 42 per cent, while the incumbent facing off with Papadopoulos scenario was deemed most likely by 37 per cent.

Still, second-round voting preferences under the various possibilities showed that Anastasiades would be handed the strongest challenge by Papadopoulos, who, the poll said, is facing a single-digit gap of 39 to 31 per cent.

Malas and Lillikas opposite Anastasiades in the second round would face 16 and 25-per-cent gaps, respectively.

According to the poll, over three in four voters plan to show up at the polling booths.

Irrespective of who they plan to vote for, respondents said Anastasiades was the more suitable candidate for the presidency by 36 per cent, with Papadopoulos trailing with 19 and Malas third with 15 per cent.

Also irrespective of voting preferences, 57 per cent of respondents deemed Anastasiades the favourite to win re-election, with Papadopoulos again second with 15 per cent and Malas third with 8 per cent.

On the main criteria by which they plan to choose among candidates, more than a third of respondents cited the Cyprus problem and one in four said the economy.

With regard to the Cyprus problem, voters were asked to list their most-preferred solution among ‘preferable’ and ‘achievable’ options.

Most preferable among respondents was a unitary state with 35 per cent, followed by a bizonal, bicommunal federation, which tallied 32 per cent.

The poll was conducted by Prime Market Research and Consulting, a firm linked to Yiorgos Solo-mou, director of Papadopoulos’ office at Diko.