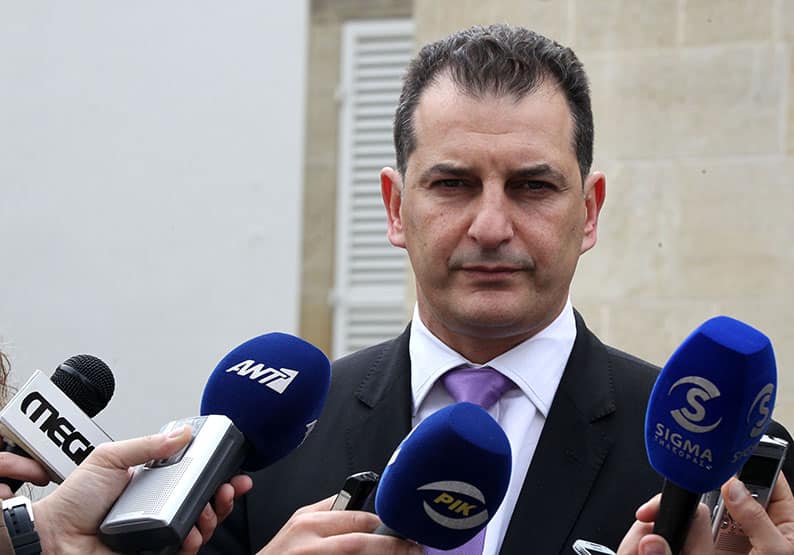 Cyprus will take decisions over the monetisation of its natural gas reserves by the end of 2018 following explorations by Exxon Mobil and Qatar Petroleum consortium in Block 10, Energy Miniter Yiorgos Lakkotrypis said on Wednesday.

Speaking during a panel discussion at the Maritime Conference taking place in Limassol, Lakkotrypis said there will be a clearer picture next year, as the consortium will carry out two drillings in block 10 in the second half of 2018.

The new drilling activity comes after an exploration by French Total in block 11, which although did not reveal commercially viable gas reserves, proved that the geologic model, which led to the discovery of the giant Egyprian Gas field Zhor, “works for Cyprus” Lakkotrypis said.

“By the end of 2018 we will have concluded what I called exploration round 2.0 which started with the discovery of Zhor completed and that is the moment we will have a pretty good idea. That will be the moment when Cyprus will take its decision about monetisation,” he added.

Cyprus is leaving all options open including the construction of an onshore LNG plant, a pipeline connecting Cypriot reserves with Egypt’s two LNG plants in Idku and Damietta or a floating LNG facility, Lakkotrypis told attendees.

“Exxon/Qatar are not shy in saying that should they discover sufficient quantities they will build an onshore LNG plant,” he said.

Responding to questions, Lakkotrypis referred to the plans for the connection of the Eastern Mediterranean natural gas reserves with Europe through a pipeline from the Levantine basin to Cyprus, Crete, Greece to Italy, for which the EU is funding its feasibility study.

He added that Cyprus will also apply for infrastructure funding through the EU Connecting Europe Facility.

Lakkotrypis also said that there is another project for a pipeline called Euro – Africa connecting Egypt with Europe, noting however that this project is only at the design phase.

Elfriede Covarrubias, of the DNVGL oil and Gas in Mediterranean said during the discussion that there is a momentum for the construction of LNG plants for Cyprus as capital expenditure and operative expenditures are declining due to more efficient technology emerging in the future but added the key period is up to 2025.

She also said that the oil and gas share of global energy demand which is currently at 50 per cent is expected to decline to 44 per cent by 2045.

George Papanastasiou, managing director of VVTV Vasilikos fuel terminal said a survey by the US Geological Survey department in 2010 revealed that the natural gas reserves in the Levant basin account for 9.8 billion cubic metres, noting however there is a lack of the necessary infrastructure in the region “which created a gas bonanza”.

He said Cyprus shouldn’t lose its patience following the insufficient discovery of natural gas by Total, recalling that it took Israel years before discovering the huge gas reserves of Tamar and Leviathan.

Transport Minister Marios Demetriades said this year’s maritime conference was the most successful yet and state views it as one of the most important pillars upholding the economy, with shipping being an industry the government will continue to support. The competition in the European shipping industry must be maintained, he added.