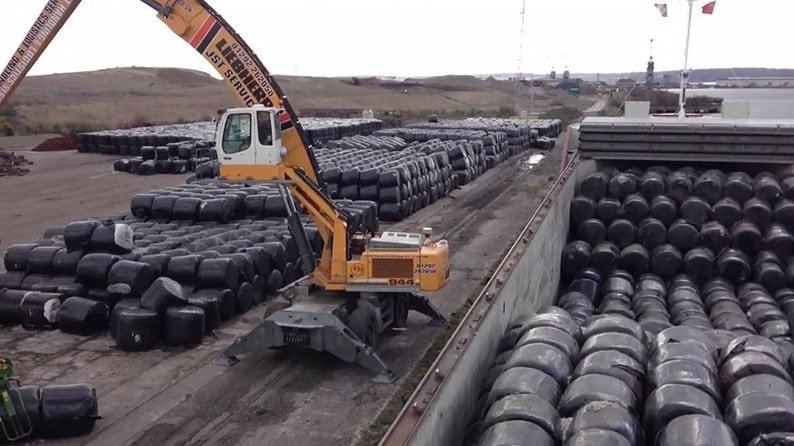 Cyprus must up its game when it comes to its obligations concerning waste treatment and recycling, European Commission officials said on Tuesday.

The key to a successful waste treatment policy on the island, officials said, is efficient recycling.

According to the European Commission’s spokesperson for regional policy, Johannes Bahrke, there is an issue with solid waste in Cyprus as the country has yet to adopt a number of rules concerning waste management and recycling.

“We invited the authorities in Cyprus to proceed with the official approval by the parliament of specific regulations concerning measures for waste recycling and reuse. This is an important issue for Cyprus. This is what has to be done,” Bahrke told the Cyprus Mail. He added that this is last remaining precondition of the ex-ante conditionality concerning funding from the EC on relevant projects.

“But it is crucial for the quality of life of citizens,” Bahrke said.

Bahrke spoke to members of the press on the occasion of the publication of the European Commission’s seventh report on economic, social and territorial cohesion. The report was published on Monday at the start of the European Week for regions and cities, taking place in Brussels.

Ex-ante conditionalities (ExAC) are one of the key elements of the cohesion policy reform for the period between 2014 and 2020. They were introduced for the European Structural and Investment Funds (ESI Funds) to ensure that the necessary conditions for the effective and efficient use of ESI Funds are in place.

A source from the EC said that if an ex-ante conditionality is not fulfilled then the Commission has the right to discontinue funds for the project.

At the moment, the source said, consultations are underway between Cyprus and the Commission on the issue.

On the possibility of a second solid waste treatment plant in Nicosia, the same source said there was an understanding with the Cypriot authorities that there wouldn’t be a second such unit. The first one is in Pentakomo, in the Limassol district, which is to be up and running by the end of the month.

The reason a second such unit was not deemed necessary, the source said, is that it would reduce the need for recycling thus Cyprus would not meet its recycling goals.

“The Cypriot government should focus instead on its recycling goals,” the source said. He added that an effective reduce, reuse, recycle programme is the key.

What’s important for Cyprus to do within the 2014-2020 programing period, the source said, is to invest in basic infrastructure on waste management.

As for the pending issue of finding a buyer for the fuel that will be produced by the Pentakomo unit, the EC source said Cyprus is expected “to honour its commitments”. Finding a buyer is part of the terms of the deal with the European Commission, which co-funds the project to the tune of around €70m.

But a lot will depend on the quality of fuel, as if it is of bad quality the government might even have to pay for it to be taken away.

The appointment last month by the cabinet of a committee to investigate why the tenders for the fuel were not launched earlier and the general terms and conditions of the project, was criticised by auditor-general Odysseas Michaelides who questioned the impartiality of the committee as it is headed by Cyprus bar association chief Doros Ioannides, who is the brother of current labour minister Zeta Emilianidou.

This is because some cabinet members should be a target of the investigation, the auditor-general said, referring to agriculture and interior ministers Nicos Kouyialis and Constantinos Petrides, as well as Petrides’ predecessor Socratis Hasikos. Michaelides also raised an issue as to the government decision not to proceed with the construction of a second unit in Nicosia that would allow the closing of the Kotsiatis landfill, thus risking facing millions in retroactive fines from the European Commission.
The Attorney-general said on Monday that he should be the one to appoint a committee to investigate the handling of previous governments’ national waste-management strategy because decisions by the present government also need to be scrutinised.

Our View: President clearly signals priority of election over talks