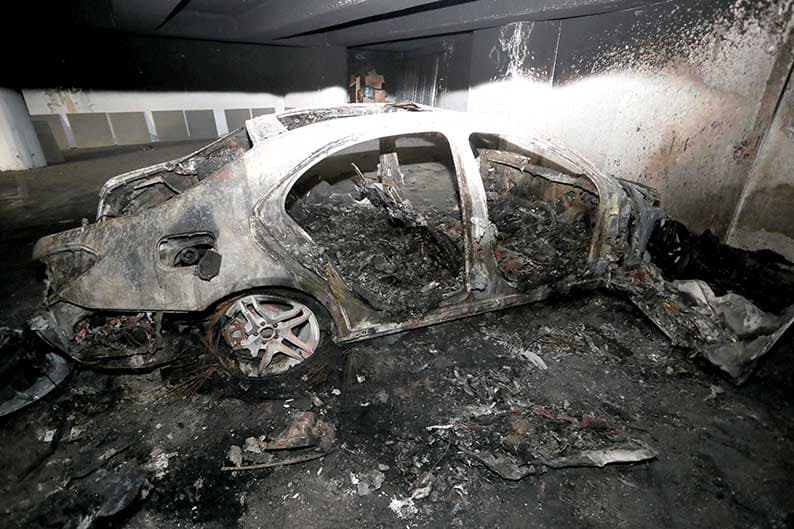 A car belonging to the vice president of the football association, Giorgos Koumas, was destroyed by fire in Nicosia at around 4am on Wednesday.

According to police, the Mercedes S class vehicle was parked in the underground parking of a five-storey block of flats on Kyriakou Matsis street at the time.

The fire which is believed to be due to arson was under control by 4.26am. Three other cars were affected by smoke but none was damaged by the blaze.

The football association later condemned the “malicious and cowardly act of arson” which resulted in the destruction of the car.

In a statement, the association expressed its support for its deputy head and called on police to act swiftly and arrest the perpetrators.